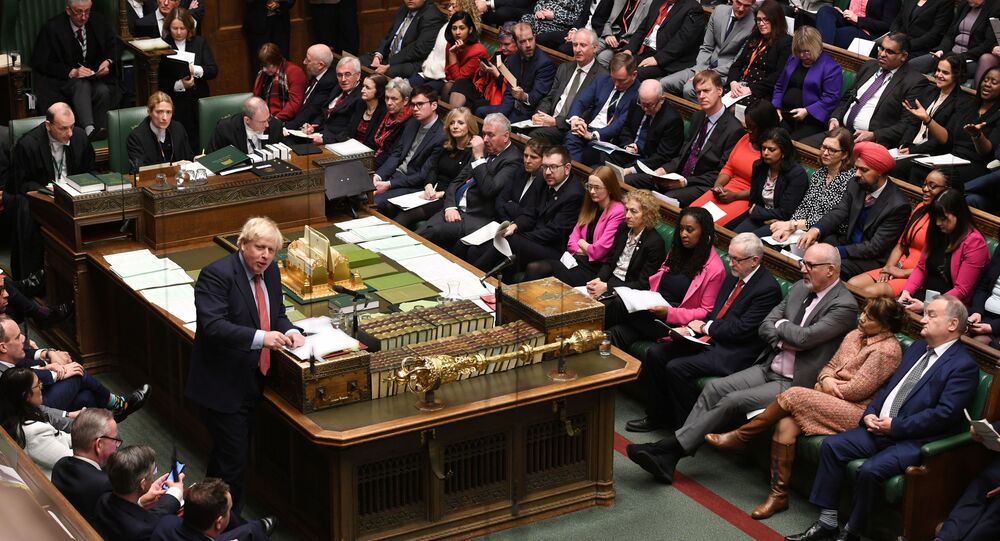 The Brexit Bill, officially known as the EU Withdrawal Agreement Bill, ensures that the UK leaves the EU on 31 January with a deal.

The Brexit Bill has cleared the UK parliament and is now set to become law as soon as it signed by the Queen.

The legislation was approved after the House of Lords decided to back down after its five amendments were rejected by the House of Commons.

The UK is to leave the bloc on 31 January, after which a transition period will start, envisioning negotiations on the post-Brexit trade cooperation.

The British people voted to leave the European Union in a 2016 referendum. The political chaos that followed sparked major divisions in the country, and fears that Scotland may seek to leave the UK in order to remain in the EU, as well as concerns over the fate of the common border between Ireland and Northern Ireland. Brexit also led to the resignation of Prime Minister David Cameron and his successor, Theresa May. UK Prime Minister Boris Johnson has repeatedly vowed to "get Brexit done" to be able "to move forward together."

The country missed a Brexit agreement deadline twice: in March and in October, which led to snap parliamentary elections in December in which the Conservatives gained 48 seats, winning a majority in the House of Commons. Labour lost 60 seats, prompting party leader Jeremy Corbyn to announce plans to step down.