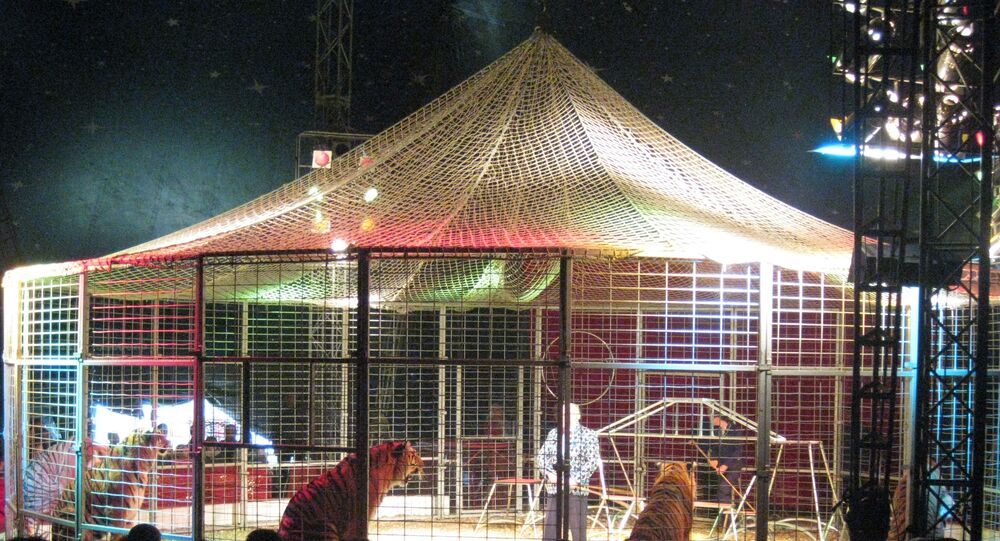 The tradition of the travelling circus in England dates back to the late 18th century and there have always been wild animals involved in the show. But legislation comes into force today which will end that tradition.

The Wild Animals in Circuses Act 2019 comes into force on Monday, 20 January, banning the use of lions, tigers, elephants and much smaller animals being used under the Big Top.

The ban, which applies only to England, follows a ban in the Republic of Ireland and similar legislation is expected to be passed soon in Scotland and Wales.

When the legislation was passed last year Environment Secretary Michael Gove said: “Travelling circuses are no place for wild animals in the 21st century and I am pleased that this legislation will put an end to this practice for good. Today’s announcement follows other measures we have taken to strengthen our position as a world leader on animal protection. This includes our ban on ivory sales to protect elephants, and delivering Finn’s Law to strengthen the protection of service animals.”

© Photo : Freedom For Animals
From 20 January 2020 UK circuses will no longer be allowed to use wild animals

​Most circuses stopped using wild animals a decade ago but there were two who still persevered - Circus Mondao and Peter Jolly’s Circus who had between them 19 wild animals.

As of this week those six reindeer, four zebras, three camels, three racoons, a zebu, a fox, a single macaw and will no longer be allowed to be used in circus shows.

​Sam Threadgill, Director of Freedom For Animals, which has campaigned for the ban since 1957, said: “This is a huge milestone towards a world where animals will be free to live their lives outside of captivity. Animal circuses are barbarous relics of a by-gone era and have no place in the 21st century.”

The legislation does not apply to domesticated animals like dogs, cats and horses.

Freedom For Animals, then known as the Captive Animals’ Protection Society, was founded by Irene Heaton in the 1950s and at the time Billy Smart’s Circus had an entourage of 200 animals including elephants, lions, horses, polar bears, camels, sea lions and chimpanzees.

An undercover investigation by Freedom For Animals in 2009 revealed elephants were being chained for up to 11 hours a day at one British circus and one trainer was using a spiked metal prod to goad them.

Freedom For Animals continue to campaign for zoos in the UK to be closed down and say wild animals should not be kept in captivity under any circumstances.

Paris recently imposed a ban on wild animals in circuses that will come into force later this year.