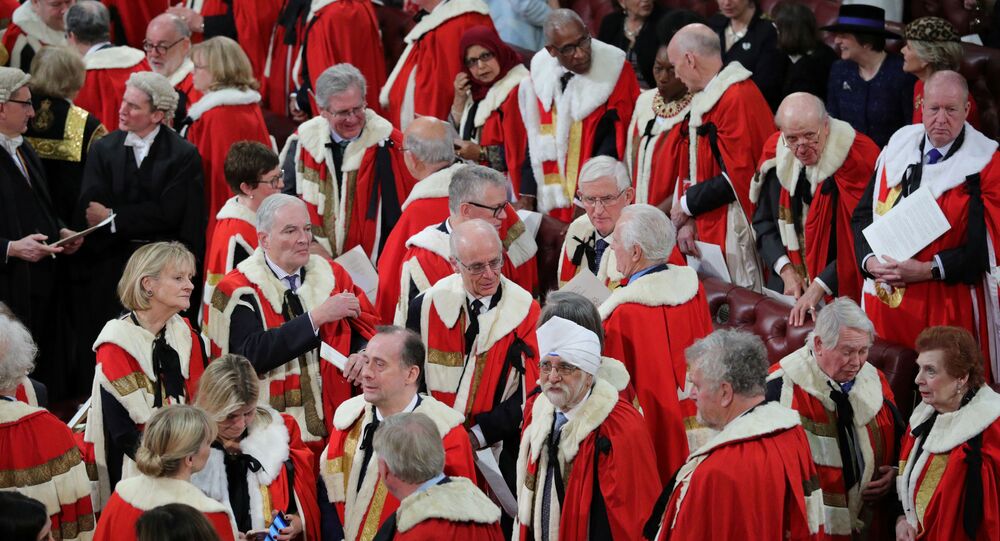 It was earlier reported that there is a possibility that the UK Parliament’s upper chamber could move outside of the British capital, news that has now been confirmed by the Conservative Party’s chairman, James Cleverly.

The UK House of Lords and its 795 members may indeed soon move from Britain’s capital deeper into the country’s heartland – potentially to York, Co-Chairman of the Conservative Party James Cleverly confirmed to Sky News.

Speaking about earlier reports on plans to leave the Palace of Westminster for several years from 2025 and onwards amid ongoing renovation, Cleverly said that the government has looked into an option that to make sure that “every part of the UK is properly connected to government”.

“When the prime minister stood up the day after the general election and said this is going to be a people’s government, he meant it. And that meant connecting people with government and politics”, the chairman said.

Cleverly also noted that the need to temporarily leave London’s parliamentary building could be used to show the British public that the Conservatives were “going to do things differently”, referring to the party’s recent historic win in the general election.

“Because the referendum in 2016 wasn’t just about our relationship with the EU, it was about millions of people and their relationship with politics as a whole. So we’re looking at a whole range of ways of connecting people, in the kind of places where we won representation for the first time in decades”, the politician added.

The idea was greenlighted by many politicians, including Labour MP for York Central Rachael Maskell, but some social media users have remained quite sceptical towards the development.

Ha ha, none of the old biddies from the House of Lords who reside in London will travel outside of London to attend sessions.
Just get rid of it & use the money saved for something more worthwhile.

Move it to a nursing home in Glasgow

I propose moving to somewhere like the British Virgin Islands. Most already have bank accounts there for tax management purposes and the weather is much better.

Just spitefully floating threatening measures. If he really wants to decentralise it is the Commons that should be first not the Lords.

Symbolic rubbish. What difference would that make? If you’re going to move anything out of London it should be the HoC.

Move it to Scotland to prevent Scotland from leaving the UK

The House of Lords is the upper chamber of the UK Parliament, consisting of the Lords Spiritual and the Lords Temporal, most of whom are life peers appointed by the British monarch.