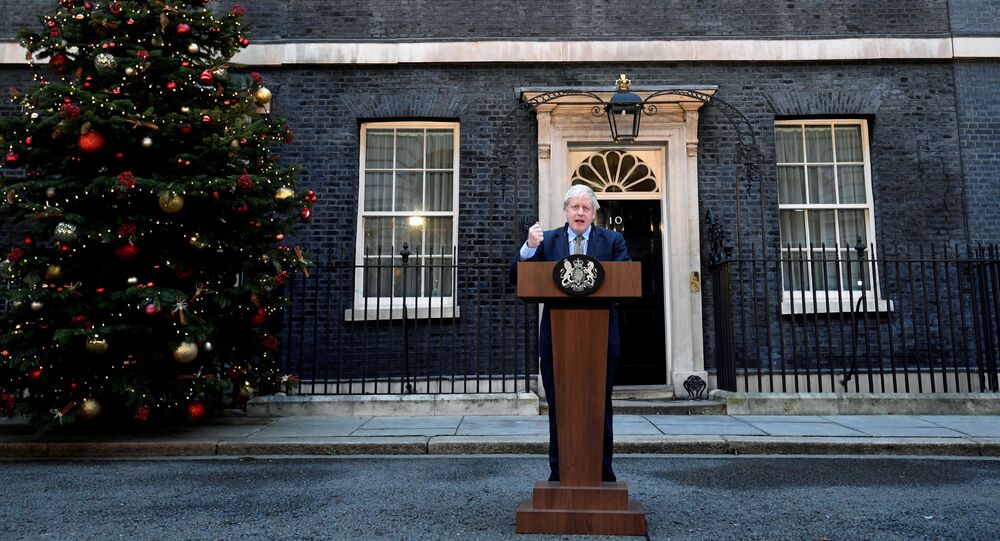 The development comes as a row over the use of Big Ben deepened inside Parliament. Initially, Boris Johnson wanted Big Ben to ring in the United Kingdom’s official withdrawal from the European Union, but the House of Commons Commissions said a simple bong could cost taxpayers more than half a million dollars.

British Prime Minister Boris Johnson has announced plans to project a clock on the walls of No. 10 Downing Street, headquarters of the country’s government, to count down the minutes to the United Kingdom’s withdrawal from the European Union on 31 January. In addition to the clock, the Union Jack will be flown from all the flagpoles in Parliament Square and a laser show will be performed in the evening.

"The PM wants the night to be about bringing people together and moving forward", a government insider told The Sun. Johnson himself will deliver a televised address to the nation and hold a cabinet meeting in the north of England before heading to Downing Street to take part in Brexit celebrations.

The development comes after Johnson’s plans to get Big Ben to ring at 11 p.m. - the time the United Kingdom leaves the European Union on 31 January – have failed as the House of Commons Commission estimated that a simple "bong" may cost up to $600,000. The Telegraph has reported that the Big Ben bill would be 35 times more than the cost of New Year celebrations as the House of Commons Commission and opponents of Brexit raised concerns over the use of public money for this event.

The row deepened after reports emerged that the bell cost just $18,000 to sound on other occasions. Members of the Conservative Party accused the Commission of deliberately exaggerating the cost. Sir Iain Duncan Smith, the former leader of the Conservative Party said: "This bell must sound. If it sounded at New Year's Eve, and it sounded on 11 November then it should sound for this because this is a big big moment. They have no excuse for failing to do this".

Besides a laser show and a projected clock, British authorities will issue a 50p coin on Brexit day that will be stamped with the date of Brexit and the message: "Peace, prosperity, and friendship with all nations".