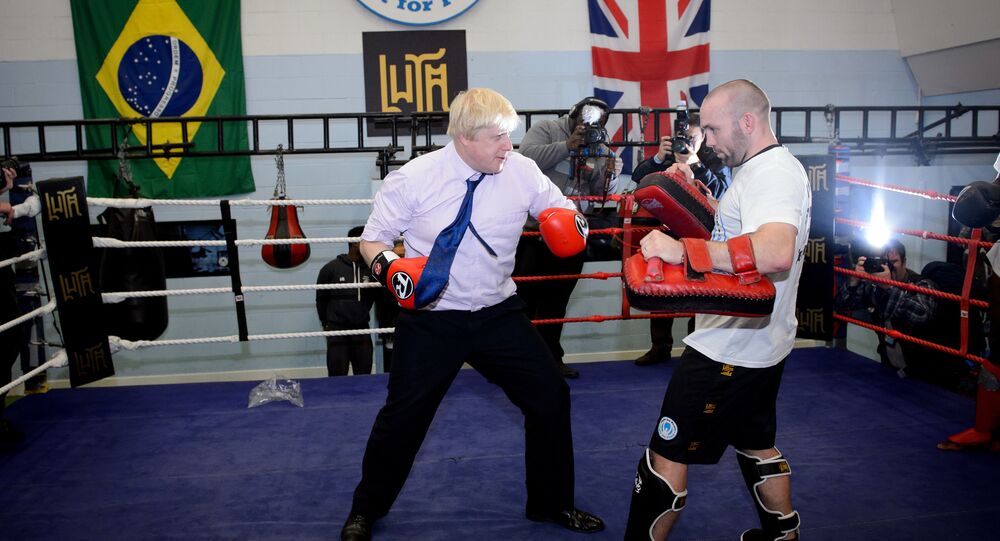 During his campaign to deliver Brexit, and lead his country out of the European Union, the UK Prime Minister has been known to have a penchant for the occasional elaborate PR stunt. And even before that, during his tenure as Foreign Secretary and Mayor of London, Boris Johnson often embraced “buffoonery” as a tactical ploy.

UK Prime Minister Boris Johnson is reportedly planning to shun the spotlight from now on and delegate to senior ministers to make key decisions and TV appearances, reported The Sun.

The publication quotes a source close to the UK Prime Minister as saying:

“Boris’s top priority is to deliver his election pledges and lead a strong and successful government. He will be acting more like a company chairman and delegating powers to senior executives. He’s been out and about a lot during the general election and now intends to spend more time making sure policy is carried out.”

“We’re going to see a quite different Boris in the months ahead. There’s a lot of serious work to get on with and he intends to knuckle down to it.”

However, the “submarine strategy” has apparently left some Tory MPs concerned, as they fear he might vanish like former Labour PM Gordon Brown.

An MP is cited as saying:

“The difference is that Boris isn’t a control freak. He’ll surround himself with talented people and let them get on with the job. If they don’t, they’ll go.”

The news of Johnson’s newly-adopted “low-key” manner explains his decision to leave the Iran crisis to trusted Foreign Secretary Dominic Raab while on holiday.
Boris Johnson had been under fire for failing to return from the exclusive private Island of Mustique to comment on the developments and deal with the fallout from the US drone strike that killed a top Iranian general in the vicinity of Baghdad airport in Iraq.
Boris Johnson’s only major appearance this year was at Prime Minister’s questions in the Commons last week.

During his tenure as London mayor, Boris Johnson memorably visited Victoria Park to highlight the city’s attractions when the country hosted the 2012 Summer Olympics. Johnson was persuaded to ride a newly installed zip line, strapped into a harness with a small plastic union flag in each hand.

Seeing Boris Johnson suspended in mid air on a zip wire has made my day. Only Boris could do that! pic.twitter.com/UPZex60A

​However, something went wrong and he got stuck, suspended in the air for a while.
Eventually, Johnson was thrown a rope and towed to the ride’s end.

In 2012 Johnson played basketball to show support for the Euroleague Final Four tournament, and as London Mayor took to the boxing ring in North Woolwich, London, where he sparred with young boxers at the Fight For Peace Academy in October 2014.

In July 2019 at the Tory leadership hustings, the hopeful prime minister brandished a smoked kipper as he ranted about EU regulations and red tape, slamming British law in the Isle of Man.

Boris Johnson waves around a kipper

He explains that an Isle of Man kipper smoker is complaining about EU red tapehttps://t.co/oaTyXr72jE pic.twitter.com/QY11ZyqEui

​Johnson was recorded driving a bulldozer labeled “Get Brexit Done” through a wall of foam bricks depicting the word “Gridlock” at a construction company in Stafford, England, in early December, as part of his campaign to deliver Brexit.

Johnson also appealed to humour in a last-ditch effort before the UK general election when he released a parody of the classic holiday movie “Love Actually” with an ad entitled “Brexit, actually.”

This doesn't seem to have been shared much yet?

Boris Johnson recreated *that* scene from Love Actually for a campaign ad in Wales... pic.twitter.com/yUw7R6EglU

​The video showed Johnson appearing unannounced at a woman's door with a boombox that plays "Silent Night" and a poster board that reads "say it's Carol Singers," exactly as actor Andrew Lincoln, who plays Mark in the movie, does.

However, instead of professing his love for the woman, he asks her to vote for the Conservative Party during the general election.