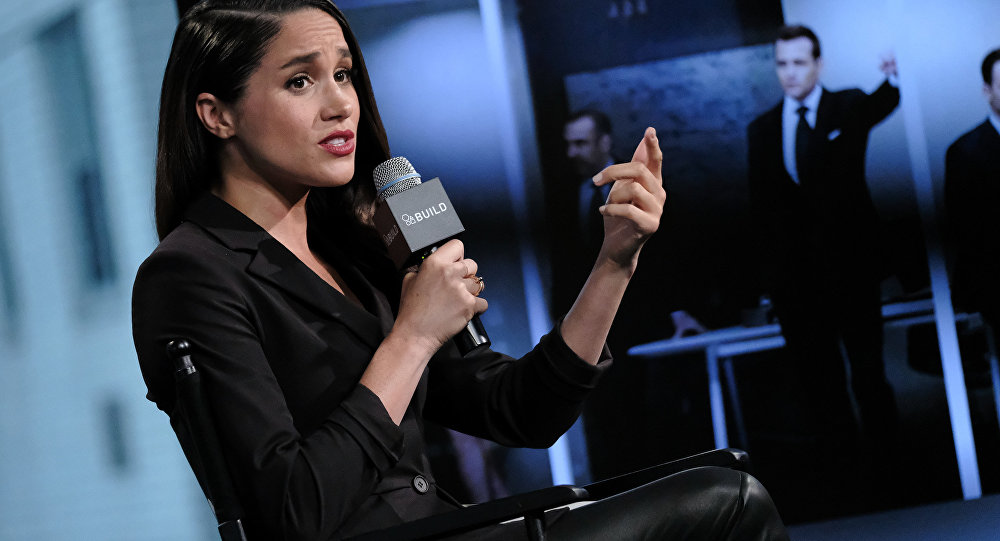 Former US actress Meghan Markle and her husband Harry dropped a bombshell announcement this week, revealing that they are stepping back as “senior” royals and plan to work to become financially independent. A Times report suggests that Meghan has already found a job with a major company.

Duchess of Sussex Meghan, who with Prince Harry reportedly blindsided the rest of the UK royal family with an “abdication” announcement, has signed a deal with Disney, The Times says. According to the British outlet, which has not disclosed its sources, she will do voiceovers in exchange for a donation from the corporation to the wildlife charity Elephants Without Borders.

The organisation, which works to track and protect the giant animals from poaching, has already enjoyed Harry and Meghan’s support for several years. For example, the two, who were dating at the time, went to Botswana in 2017 to assist its staff.

The Times provides no more details about the future cooperation between the “runaway” royal and Disney. However, the outlet points to a report about the unprecedented move, saying that there were tense discussions before Christmas. Senior royals are said to have accused the Sussexes of already signing contracts with “firms including Disney”.

The outlet speculates that this could offer a hint about the future life of Meghan and Harry, who have revealed plans to work to become financially independent, and suggests that they might use their celebrity status for causes of their choosing. The Times also brings up possible accusations of “cheapening the royal brand”.

Neither the Duchess nor Disney has commented on the rumours yet.

After the Sussexes’ announcement on Wednesday that they were planning to step back as “senior” members of the royal family in order to have the opportunity to spend more time in North America, the royals are reportedly seeking a solution.

© AP Photo / Victoria Jones
Prince Harry and Meghan Markle Were Made Aware They're Not 'Really a Part' of Royals, Friend Claims
No further royal duties and arrangements have so far been slated for the couple in Britain until the matter is effectively resolved. The Duchess is reported to currently be in Canada, on Vancouver Island, together with her son, Archie. At the same time, The Telegraph reported that the Queen, who is understood to have been blindsided by their decision, has insisted that the controversy over the future roles of the Duke and Duchess of Sussex last no longer than the next 72 hours.

The British monarch also instructed courtiers to “turn a crisis into an opportunity” by producing a blueprint by Tuesday not merely for her grandson, who is rumoured to be leaving the UK next week, and his wife, but other generations, including Prince William’s children, Princess Charlotte and Prince Louis.

Boot Out Harry and Meghan

Meghan and Harry are the Royal Posh and Becks