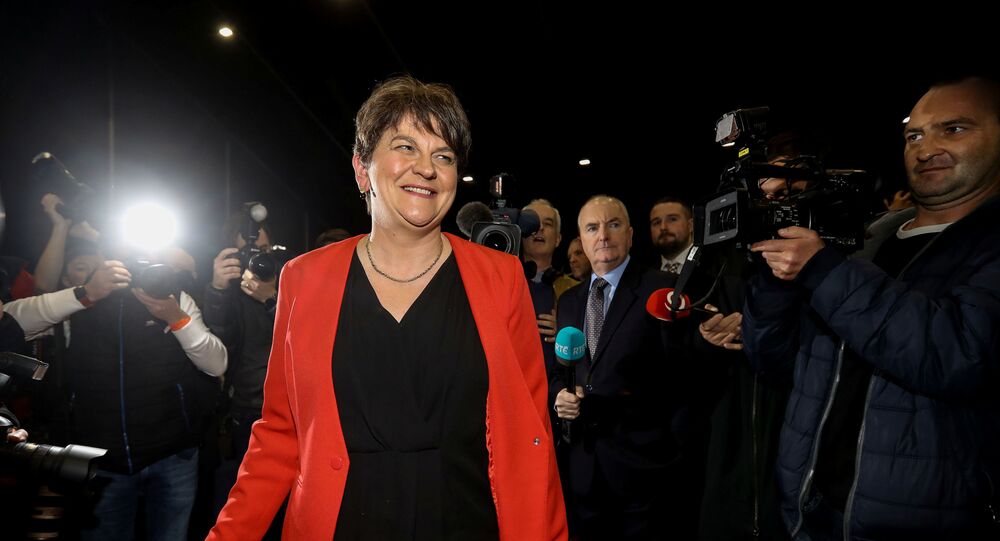 Foster stated that she was "deeply humbled" to assume the position, as the province’s lawmakers have finally reached a deal to resolve the political impasse.

The Northern Ireland Assembly has picked the head of the Democratic Unionist Party, Arlene Foster, to serve as the region's first minister after having previously failed to choose one for several years. A member of the rival Sinn Fein, Michelle O'Neill, was picked as her deputy in the new cabinet.

The solution to the political deadlock was found after Northern Ireland's rival nationalist and unionist parties agreed to a new power-sharing scheme. Foster described the new power-sharing deal as "fair and balanced" and later stated that she was "deeply humbled" to take on her new role as first minister.

Today we will re-establish an Executive after three years of stalemate.

Its time to Get Northern Ireland Moving Forward Again.

We won’t solve every problem immediately but local Ministers will get on with key reforms in schools and hospitals.

"As we begin a new decade, we can now look forward to a brighter future for all in Northern Ireland with an Executive that can transform public services and improve people’s lives", he said.

The agreement between the rival political factions was reached just ahead of the looming deadline on 13 January that would have forced a new local election to be held. Additionally, London incentivised the sides to reach the agreement by promising financial support to the region if a coalition government is formed.

© AP Photo / Peter Morrison
Irish PM: Johnson's Proposed Bridge to Northern Ireland ‘Worth Examining’ but UK Has to Pay for It

The previous power-sharing deal was botched in January 2017 due to major disagreements between the nationalist and unionist forces over a green-energy project and a number of other political and cultural issues. This led to many major regional projects being put on hold and civil servants being left with only limited authority to make decisions.