On August 4, Maduro’s televised address from a military parade in Caracas was interrupted. Venezuela’s Information Minister Jorge Rodriguez subsequently said that Maduro had survived an assassination attempt with the use of drones carrying explosives. Several drones detonated close to the presidential box during Maduro's address, according to the minister. Seven soldiers were injured as a result of the failed assassination attempt. The president was not inured 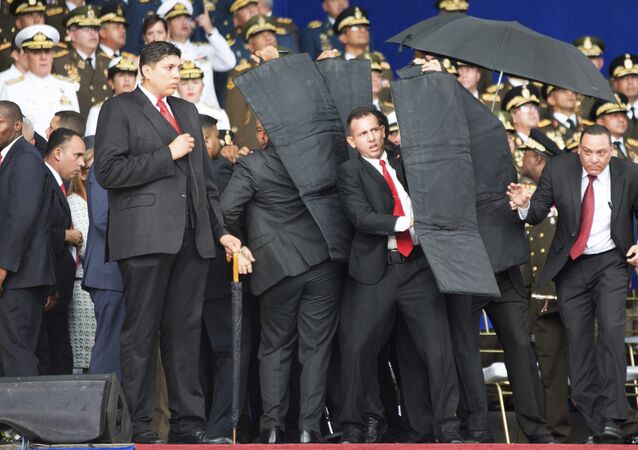 'Shield of Love' vs. Deadly Drones: What Do We Know So Far About Alleged Maduro Assassination Attempt?

Love in the Time of Coronavirus: Couples Wear Face Masks Over COVID-19 Fears
Phoney Calls
Caught Up in the COVID-19 Pandemic: People Talk About How Their Daily Lives Have Changed
Ok
Ok
Do you have a Sputniknews.com account?
YesNo