Spat Between Trump and the 'Squad' of Left-Wing Congresswomen

A controversy ensued last week after Trump said that Ilhan Omar and three other far-left congresswomen: representatives Alexandria Ocasio-Cortez, Rashida Tlaib and Ayanna Pressley – should "go back and help fix the totally broken and crime-infested places from which they came." Trump accused the four women of being unpatriotic and "hating the United States". Trump's rant triggered a bid to launch impeachment proceedings against him, that Congress effectively blocked.

Critics deemed Trump's comments 'racist' and 'divisive,' particularly considering that the congresswomen except for Somalia-born Omar were all born in the United States. Omar, for her part, vowed to become Donald Trump's "nightmare". 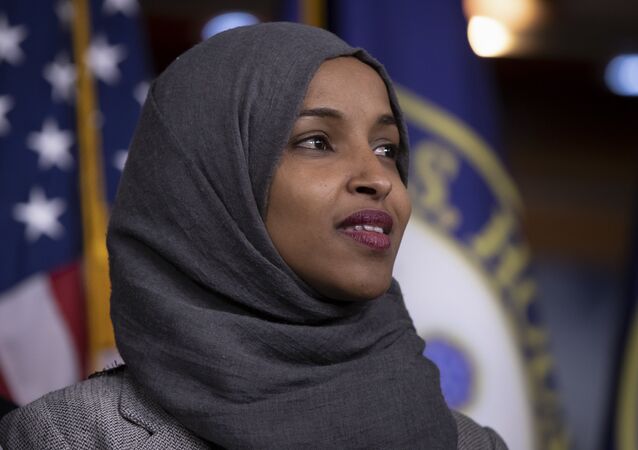 Staying Fit and Enjoying Summer in Russia's Olympic Capital Sochi
Christo Pretender
What Victory? New Poll Unveils How Much Americans Know About WWII
Ok
Ok
Do you have a Sputniknews.com account?
YesNo