A large fire broke out at the 856-year-old Notre Dame cathedral in Paris at around 6:50 p.m. local time, causing the collapse of the cathedral's spire and the destruction of its roof. The flames were fully extinguished by Tuesday morning; two policemen and one firefighter sustained minor injuries as a result of the fire.

European Parliament President Antonio Tajani has called on the members of the EU legislature to collect funds for the restoration of the cathedral, along with the French heritage foundation and the US-based French Heritage Society, which launched fund-raising campaigns to help rebuild it. Additionally, French billionaire Francois-Henri Pinault has pledged to donate, together with his father, as much as 100 million euros (over $113 million) for the reconstruction of the cathedral. 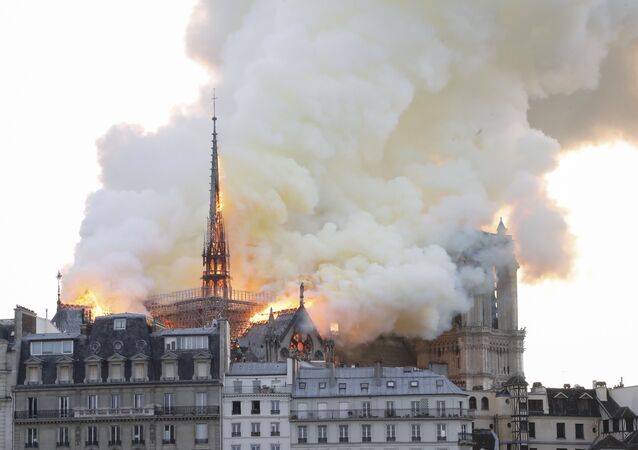