Will Gold Beat Dollar for Number One?

The value of gold as a currency base has been debated in recent months as Russia has spent over $7 billion in 2014 to increase its holdings in the precious metal. While some commentators alleged that the move is a preparation for economic war, countries such as Belgium began returning their holdings from abroad and the value of gold futures rose in what appears to be the market's response to the Greek debt crisis. 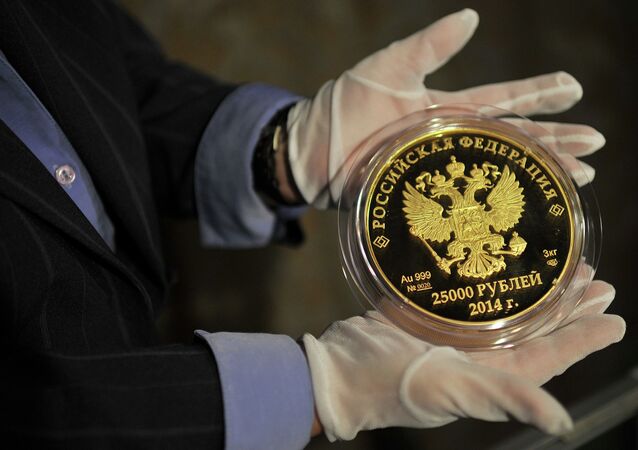 Washington, DC in Flames as George Floyd Riots Rage On
Undo Retweet
PPSh-41: The Legendary Machine Gun That Helped Win WWII
Ok
Ok
Do you have a Sputniknews.com account?
YesNo