On April 23, French citizens are voting to elect their next president. Over 66,000 polling stations opened in France at 8 a.m. local time (6:00 GMT). About 47 million voters are expected to cast ballots, choosing among 11 presidential candidates.

Four most prominent candidates are far-right National Front leader Marine Le Pen, head of left-wing political movement La France Insoumise (Unsubmissive France) Jean-Luc Melenchon, The Republicans' party nominee Francois Fillon and independent candidate Emmanuel Macron. Benoit Hamon, the candidate from the ruling Socialist Party, alongside six other presidential hopefuls, are not expected to make it through the first round of election due to the low level of support among the French people.

The first results are expected at around 8 p.m. local time later in the day, when the polls close. The second round of the French presidential elections will be held on May 7. 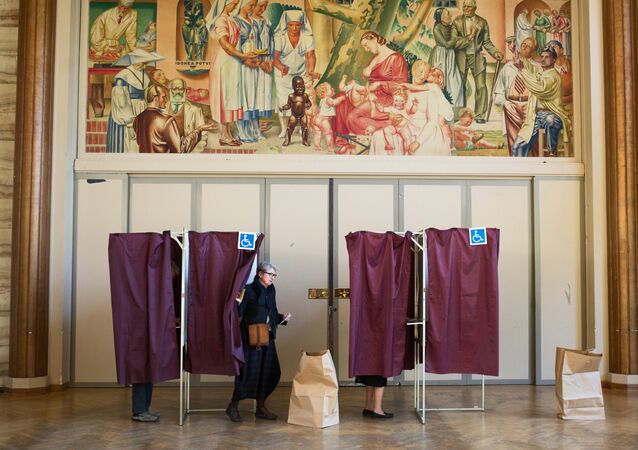