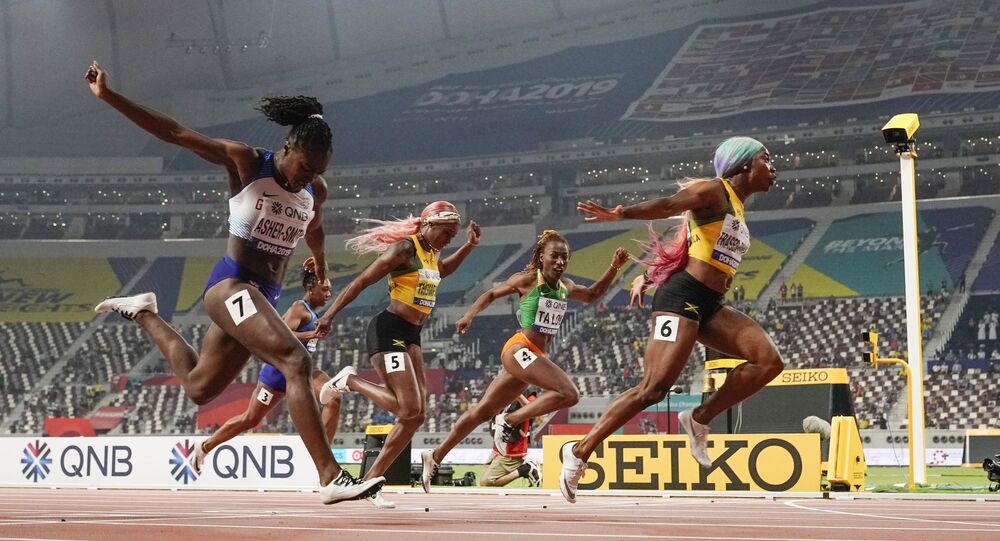 The opening ceremony of the Olympic Games in Tokyo takes place on Friday. The President of the International Olympics Committee Thomas Bach said the rescheduling of the games from last year, due to the pandemic, had caused many “sleepless nights.”

The 2020 Olympic Games gets under way in Japan on Friday, 23 July, and the 15 months delay has caused havoc with the training programs of many athletes.

But who is in line for the big medals?

Track and field is what the Olympics is all about and the blue riband event is the men’s 100 metres.

Bolt retired in 2017 and this year the 100m will be hotly contested between three Americans - Trayvon Bromell, Ronnie Baker and Noah Lyles.

I’m thinking about how I’m going to get the Olympic rings tattoo. I don’t want the basic rings I want an artistic flare to it. Anyone got any ideas

The Florida native may have to break his personal best in order to beat Bromell, who ran 9.77 last month.

In the women’s 100m it will be the final chance for an Olympic legend - Jamaica’s Shelly-Ann Fraser-Pryce.

Now 34 and a mother, she is aiming to become the oldest athlete to win an individual Olympic sprint.

Furthermore, she could become the first woman to win three 100-metre gold medals at the Games.

When I hang up my spikes I want to know that I inspired other women and girls to go after their dreams. #legacy

​Fraser-Pryce said recently: “Commitment is everything - today’s failure prepares you for tomorrow’s success. There’s no failure in progress, so keep going and push through.”

No woman has ever won gold at three Olympics.

Asher-Smith, 25, from London, was part of the women’s relay team at the 2016 Games but she comes to Tokyo in the best form of her life.

August issue’s digital cover star @DinaAsherSmith takes #BritishVogue through the contents of her kit bag – and breaks down the routine that has helped to make her the fastest British woman in recorded history. Watch the full film: https://t.co/i8SYG80NDB pic.twitter.com/rKulU13fNv

Fraser-Pryce ran 10.63 just last month so Asher-Smith is likely to have to break her own personal best if she is to beat her.

The other athlete likely to be on the podium along with them is Jamaica’s Elaine Thompson-Herah whose personal best is 10.70.

The US gymnastics squad - known as the Fab Five or Final Five - blitzed the opposition in 2012 and 2016.

In Rio they won the team event and Biles won a gold in the all-round individual event and two more golds in the vault and the floor exercise.

Biles is back again and it is likely to be her final Olympics as her age - she is 24 - makes her virtually a geriatric among gymnasts.

She has won a record 25 world championship medals - 19 golds - and is unbeaten in all-around competitions since 2013.

Biles told NBC recently: "I'm trying to be better than I was at the last meet, so I'm trying to beat myself and so now I'm doing things that were unimaginable to the sport, and even for myself, and it's honestly crazy but I'm really excited because I feel like I've pushed my limits."

Many Olympic boxing champions have gone on to become household names - Muhammad Ali, Sugar Ray Leonard and Anthony Joshua to name a few - and this year’s Games is likely to produce another bumper crop.

Today I am an Olympian🥊😂

​Cheavon Clarke, 30, was born in Jamaica but switched his allegiance to Team GB a few years ago.

He quit the sport for a while and became a lorry driver but is now totally focused on reaching the top of the sport.

Clarke, a heavyweight, said recently: "I don't care about nothing else. They could offer me a million pounds - nope, Olympic medal."

Clarke is hoping for silver or bronze but it is hard to see past Cuba’s Julio Cesar La Cruz for the gold.

In the pool Caeleb Dressel, 24, has come on leaps and bounds since Rio and is hoping to win the gold medal.

He finished sixth in the 100 metre freestyle but he was only a teenager then and his body has developed into a swimming machine.

This year he is hoping to win to win a bunch of golds and to emulate his hero, Michael Phelps, who won eight golds in Beijing in 2008.

Few people watch the Olympic Games for the tennis but this year might be different.

Not only is Novak Djokovic competing in the men’s event but Naomi Osaka is coming out of her self-imposed isolation to try and win gold in front of her adoring fans.

Osaka, 23, recently told Business Insider: “It would honestly mean the world to me to bring home a gold in Japan. I want to inspire the girls out there watching right now. The ones that some people think are too different. Too quiet. Too something.”

Osaka's mother is Japanese and her father is Haitian-American.