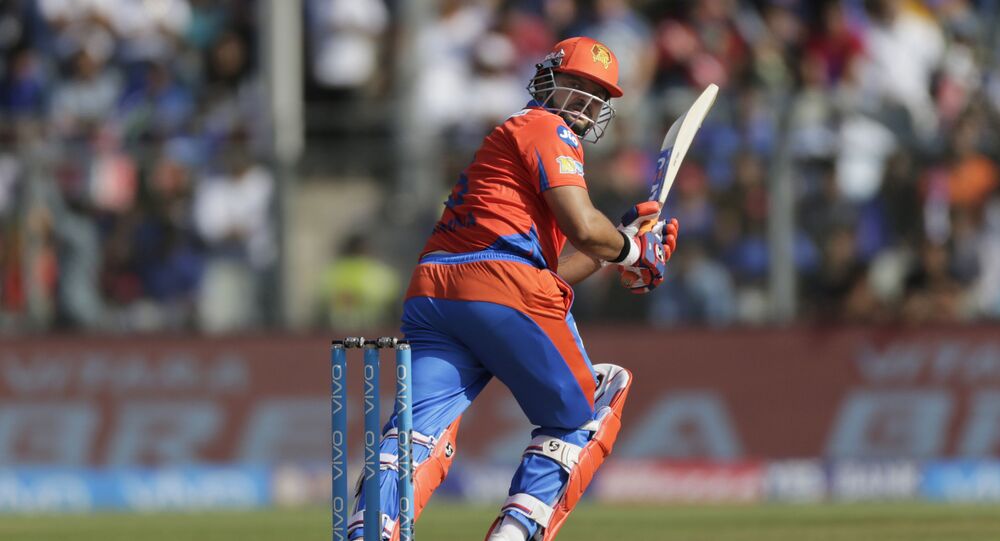 Ex-Indian cricketer Suresh Raina is a key member of the Indian Premier League (IPL) franchise, the Chennai Super Kings (CSK). The team's vice-captain is revered in Chennai, the capital of southern Indian state of Tamil Nadu, for his heroics in the cash-rich league. He is fondly called 'Chinna Thala' (young leader) by the team's fans.

Former Indian cricketer Suresh Raina, one of the senior most players in the CSK squad, has been slammed on social media for noting his Brahmin caste background while he was doing commentary in the first match of the ongoing Tamil Nadu Premier League (TNPL).

Raina was invited to comment on the match between the Lyca Kovai Kings and the Salem Spartans on Monday.

Raina has worn the traditional Tamil attire veshti, danced and whistled in the past, all of which are integral features of South Indian culture.

The Southpaw, who was born in the northern state of Uttar Pradesh, was asked by a fellow commentator how he was able to embrace South Indian culture with such ease.

Raina responded by saying, "I think (so), I am also Brahmin. I have been playing since 2004 in Chennai, I love the culture… I love my teammates. I have played with Anirudha Srikanth, Badri (Subramaniam Badrinath), Bala Bhai (L Balaji)… I think you need to learn something good from there. We have a good administration, we have the license to explore ourselves. I love the culture there, and I'm lucky to be part of CSK. Hopefully, we will play more matches there."

In India's largely Hindu society, caste is an ancient form of social stratification, wherein Hindus are divided into four main categories - Brahmins, Kshatriyas, Vaishyas and the Shudras. These four categories are further divided into sub-castes.

According to Hindu scriptures, Brahmins are at the pinnacle of the society, followed by Kshatriyas, Vaishyas and the Shudras, in that order.

His comments ignited a debate on social media with many users slamming him for making casteist comments during the match.

Did #SureshRaina just say ‘Am also a Brahmin’ on national telivision..😂😂

What the heck @ImRaina sir.. you shouldn’t use that word ….. https://t.co/v8AD1Cp0fT pic.twitter.com/TltPoMbYec

@ImRaina you should be ashamed yourself.

It seems that you have never experienced real Chennai culture though you have been playing many years for Chennai team. https://t.co/ZICLRr0ZLh

During TNPL commentary cricketer Suresh Raina says he embraces Chennai culture because he's "also a brahmin." Perhaps Tamizh makkal should teach this ignoramus a lesson or two about your culture, and dravidian politics.

Dei Raina, that is not Chennai culture. May be Mylapore #நூலிபான்கள் culture. This is why, you should have a limit on non local players, in IPL teams. https://t.co/aONAIMMLt1

​However, former Indian cricketer Sanjiv Sharma defended Raina's comment and claimed that the controversy had been concocted by the media.

"This is an unnecessary controversy. Raina was just trying to explain his position by giving an example," he told Sputnik on Tuesday.