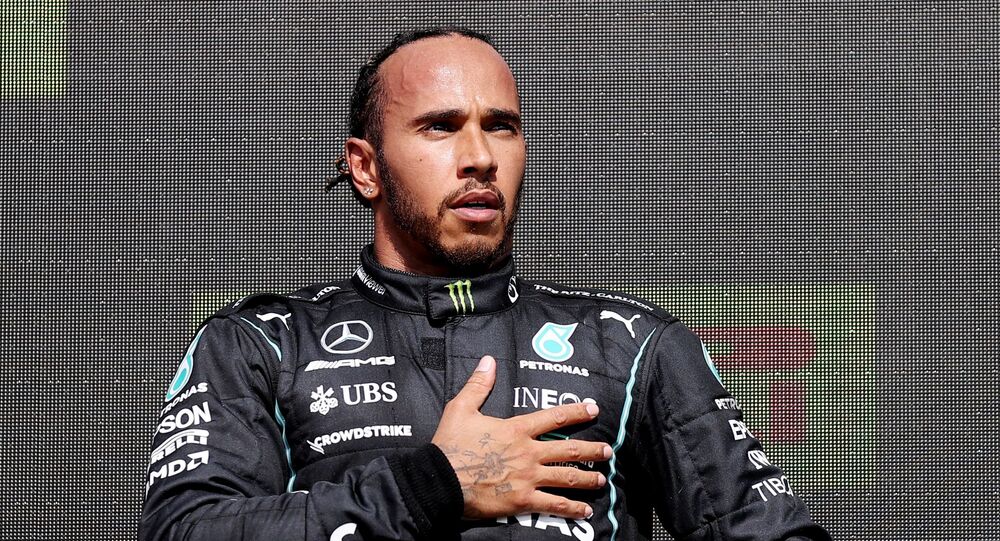 Regarded as one of the greatest F1 drivers of all-time, British superstar Lewis Hamilton holds a series of records in the sport. Alongside Germany's Michael Schumacher, Hamilton has won a joint-record seven World Drivers' Championship titles. He has also secured the most wins (99), pole positions (100), and podium finishes (172).

The race at Silverstone was gripped by scandal when Hamilton's Mercedes clipped the back wheel of Max Verstappen's Red Bull racer shortly after the start, sending the Belgian-Dutch driver into a tyre wall at 289 km ph. He walked away unscathed but was taken to a nearby hospital as a precaution. His car was not so lucky.

Hamilton, who trails Verstappen in the table by eight points, was handed a 10-second time penalty for his part in the accident but still managed to win the race after overtaking Ferrari's Charles Leclerc during the final stages. It marked his 99th F1 win and eighth British Gran Prix crown.

The British driver was also deducted two championship points after videos confirmed that he had nudged Verstappen off the track.

Despite his win, Hamilton was targeted by social media trolls, who racially abused him for his reckless driving.

An Instagram post by Team Mercedes featuring Hamilton celebrating with the trophy was flooded with racist messages in the comments, including gorilla and monkey emojis.

​"I was his fan before this race! very bad... Sir Lewis Hamilton" one user wrote alongside a gorilla emoji.

However, scores of people took to Twitter to slam the trolls and declare any form of racial abuse "unacceptable."

I’m so disgusted! The racial abuse is getting worse and worse. There is so much wrong with this world! How can people still act like this! I’m so sorry @LewisHamilton for the comments you’ve received today! And to anyone else who has suffered the same abuse. I stand with you!🙏🏻❤️

This is one of the reasons why Sir Lewis will continue taking the Knee #BlackLivesMatter ✊🏿✊🏿 pic.twitter.com/r4eennljXE

Regardless of your option on #MaxVerstappen and #lewishamilton in that race, there is no excuse for racial abuse or death threats!#WeRaceAsOne #Formula1

This is not the first time Hamilton has been racially abused. In 2019, the Mercedes team principal Toto Wolff revealed that the British driver was "scarred for life" after suffering racial abuse during his childhood.

"When Lewis was younger he was the only black kid among the white kids, and I know he was racially abused on the track," Wolff said. "If that happens to an eight-year-old, or a 10-year-old, it just leaves scars that will not go away. If, as a child, you have had to overcome abuse and discrimination, on one side it makes you a stronger personality. But on the other side it also leaves scars."

"Today Lewis has a good and mature perspective, but the scars are certainly there. That is not the only motivating factor for him – those scars are a witness of having survived. We have to acknowledge that we are not very diverse in Formula One, and I have certainly learned through Lewis to accept that it is difficult to overcome discrimination from time to time," Wolff added.

'I Will Never Apologise for Who I Am': England Striker Marcus Rashford Hits Back After Racist Abuse