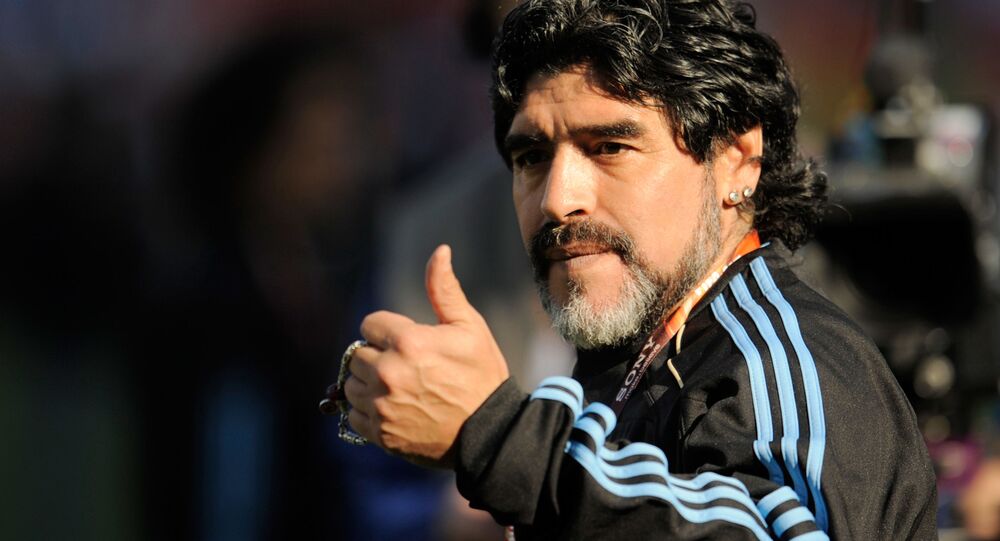 The global football idol died on 25 November 2020 after suffering a heart attack. The tragedy happened soon after the athlete underwent emergency brain surgery, which had, at the time, been believed to be successful.

"Maradona is God" claims an Argentinian living in Mexico, Marcelo Buchet, who founded the world's second 'Church of Maradona' in the Mexican state of Puebla, which became the first "church" founded after the death of the legendary footballer.

The so-called church appears to be a shrine to the famed footballer filled with photos. Buchet said in an interview to the local TV channel that his church is for anyone who isn't into Christianity but who loves football – here such a person can drink coffee with friends and discuss their favourite game.

"This is the love for football. We love and appreciate Maradona. All of us Argentines recognize what he did for us - he gave us and affirmed our identity", Buchet said.

The mock religion, known as Iglesia Maradoniana, was founded in 1998 by three fans, while the football legend was still alive. Adherents of the religion address the football star as "D10S", which means "God" and "10" – Maradona's number on the field - and have their own Ten Commandments, including "Love football above all else". The first temple in the name of Maradona was built in Argentine, Rosario in 2001.

The legendary Argentinian player died on 25 November 2020 from a heart attack. Prior to his death, he was reported to have successfully undergone emergency brain surgery, which was said to have been carried out without complications.

Recklessness and Inexperience: Doctors and Nurses are Responsible for Maradona's Death, Report Says