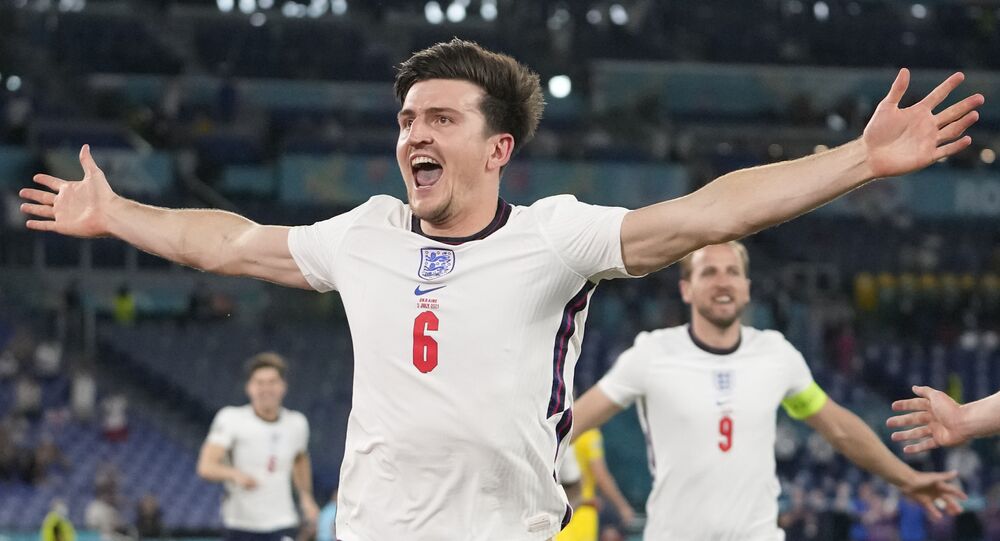 Italy won the European Championship final against England on penalties on Sunday after the match went to extra time, with both teams tied at 1-1. It was the home team's first appearance in a major tournament final since their victory in the 1966 FIFA World Cup against Germany.

England defender Harry Maguire has disclosed that his father was caught up in the Wembley chaos on Sunday night and struggled to breathe after experiencing pain in his ribs due to suspected multiple fractures.

Thousands of ticketless fans stormed the Wembley Stadium ahead of the Euro 2020 final between England and Italy, leading to chaos at the iconic venue.

Not only did the fans break security barriers, but they also injured a number of England supporters who were carrying tickets to the stadium.

Police can’t stop the England 🏴󠁧󠁢󠁥󠁮󠁧󠁿 fans without tickets storming the ticket entrances at Wembley - not enough riot police to deal with the weight amount of the crowd - kicking off !!! pic.twitter.com/ZM7KpbMmQJ

The security staff at Wembley struggled to contain the ever-increasing crowd after ticketless fans managed to enter the stadium, with Maguire terming the situation as "scary".

The Manchester United captain also stressed the need to be more vigilant during such troublesome times, especially when his family planned to attend matches in the future.

"My dad was in the stampede. I have not spoken with him too much but I am pleased my kids didn't go to the game. It was scary – he said he was scared and I don't want anyone to experience that at a football match", Maguire told British media on Wednesday.

"I have seen a lot of videos and have spoken to dad and my family. It was my dad and agent who suffered the most. He was struggling with his breathing afterwards because of his ribs, but he's not one to make a big fuss – he got on with it".

"I hope we can learn from this and make sure it doesn't happen again. Dad will always support me and go to the games but he will be a little bit more aware of everything going on around. We should all be more aware and learn from it", he added.

"Things could have been a lot worse but we have to make sure it does not happen again".

On Tuesday, UEFA said that it will investigate the incidents of crowd trouble at Wembley Stadium in London, where the Euro 2020 final was held.

England's Football Association (FA) has also been charged by the game's governing body in Europe, after it launched disciplinary proceedings over the crowd trouble which preceded the final between England and Italy.

Meanwhile, Maguire hopes the chaotic incidents in London do not succeed in creating an overly negative image of the country as a tournament host, as it could have a far-reaching effect on England's bid to host the FIFA World Cup in 2030.

"Wembley is an amazing place. It has been an amazing home and the fans and the way they have acted have been unbelievable, apart from the odd few in a final. We need to learn and we will – and it would be an amazing place to hold the World Cup", he concluded.