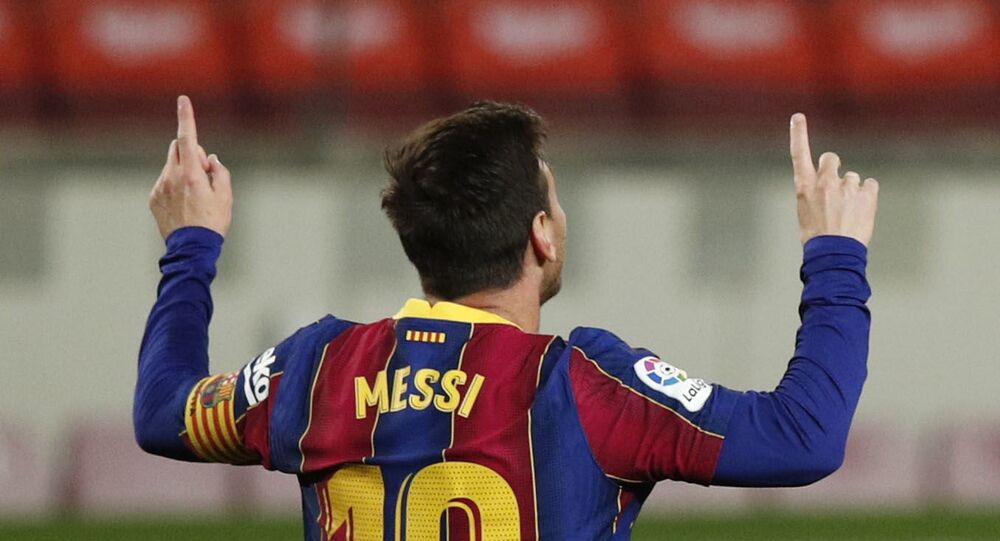 Lionel Messi's contract with his childhood club Barcelona expired on 30 June 2020. Although Messi remains a free agent as of now, the negotiations are still on between the six-time Ballon d'Or winner and the La Liga side for a new contract.

Barcelona President Joan Laporta has revealed that the Catalan giants are extremely close to inking a new deal with their talisman and former captain Lionel Messi.

The Blaugrana, as Barca are popularly known, have not succeeded in putting together a new deal for Messi because La Liga rules put a cap on salaries a club can offer to its players during the season.

First player in major international tournament history to be:

​At present, Barcelona need to free up space within their salary structure because they cannot accommodate Messi's exorbitant weekly wages and this can only be achieved by selling a few players in addition to sending some of them out on loan.

Despite being a free agent and the likes of Manchester City and Paris Saint-Germain (PSG) showing keen interest in signing him, Messi has stayed committed to Barcelona.

Like Messi, Barcelona has also shown a willingness to work out an arrangement that would keep one of the greatest players in history at the club, and Laporta believes it is just a matter of time before a deal with Messi will be announced.

"All the Catalans, Barcelona, Catalunya and the entire football world are happy because Leo won the Copa America".

"It is very exciting to see the best player in football history get excited about winning a title like this and he made all of us cry with joy".

"He is very happy, we are all happy, I am happy for Leo who has managed [to win the Copa America], together with his teammates, and that Argentina are once again in the elite, and [I am] also [happy] for [Sergio] Aguero".

"I am happy for Messi's family, for Argentina, for Barcelona who are recognised, admired, and loved for having this bond with Leo", Laporta added.

Last week, Messi ended his long wait for an international trophy after he led Argentina to the Copa America title against Brazil.

#Messi is so happy celebrating with his teammates..i think he will sleep with the trophy 🏆 tonight..💥💯
First International Trophy for GOAT Messi #leomessi
pic.twitter.com/sY1zo2jBQv

​The 34-year-old was also named the best player of the iconic South American tournament.

His performance was possibly the biggest highlight of the oldest international football tournament in the world.

Messi was not just the highest goal-scorer, with his four goals in the competition, he also contributed heavily to his team's cause with five assists. It helped them to win their first Copa America title since 1993 in Rio de Janeiro.

​According to former Indian skipper Bhaichung Bhutia, both Messi and Barcelona share a mutual bond between them and that's why the Argentine will sign a new contract with the Spanish club.

"Messi will stay at Barcelona because it's the best option for him. I think he is not at an age where he would get better", Bhaichung told Sputnik on Tuesday.

"Messi has reached his peak and now it is up to him to stay there for as long as possible, which I think is only possible at Camp Nou".

"Messi will never get the kind of freedom he gets at Barcelona. Also, he will have to adapt and adjust quickly at any other club, which would be a huge challenge for him", he added.