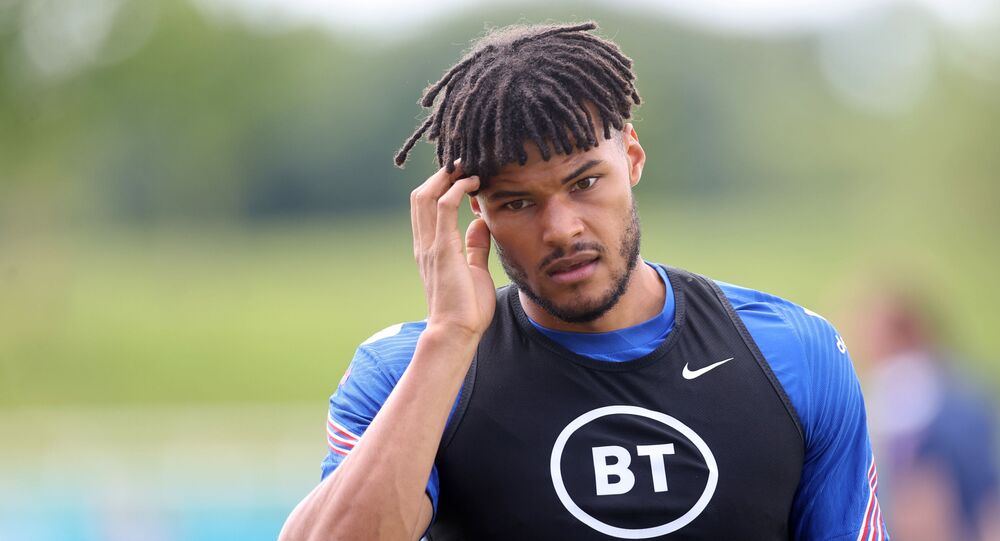 Last month, Priti Patel sparked public uproar after claiming that fans have a right to boo the England team for the “gesture politics” of taking the knee in a sign of protest against racism.

An England footballer has accused UK Home Secretary Priti Patel of fuelling racist abuse directed towards some members of the squad after its loss in the Euro 2020 final.

Defender Tyrone Mings referred to Patel’s recent tweet in which the home secretary wrote that she was “disgusted that England players who have given so much for our country this summer have been subject to vile racist abuse on social media”.

You don’t get to stoke the fire at the beginning of the tournament by labelling our anti-racism message as ‘Gesture Politics’ & then pretend to be disgusted when the very thing we’re campaigning against, happens. https://t.co/fdTKHsxTB2

Mings responded by tweeting that “you don’t get to stoke the fire at the beginning of the tournament by labelling our anti-racism message as ‘Gesture Politics’ and then pretend to be disgusted when the very thing we’re campaigning against, happens”.

In mid-June, Patel told the broadcaster GB News that she doesn’t support “people participating in that type of gesture politics”, in an apparent reference to the anti-racism protests associated with the Black Lives Matter movement.

When asked whether England fans had a right to boo the national team over the footballers taking the knee in a show of protest, the home secretary stressed, “That's a choice for them quite frankly. I've not gone to a football match to even contemplate that”.

As for Mings’ remarks, they came after the English Football Association (FA) “strongly” condemned “online racism” aimed at Black players on England’s national football team in the wake of Sunday’s Euro 2020 final at Wembley, where the Three Lions yielded to Italy in a penalty shootout.

“We could not be clearer that anyone behind such disgusting behaviour is not welcome in following the team. We will do all we can to support the players affected while urging the toughest punishments possible for anyone responsible”, the FA said in a statement.

The association pledged to continue to do its best “to stamp discrimination out of the game”, urging the government “to act quickly and bring in the appropriate legislation so this abuse has real-life consequences”.

The squad’s captain, Harry Kane, for his part, was quick to support his teammates after seeing them suffer racist abuse online, as he told those involved that they are not fans of the team.

“They [the three footballers] deserve support and backing not the vile racist abuse they’ve had since last night. If you abuse anyone on social media you’re not an England fan and we don’t want you”, Kane pointed out.