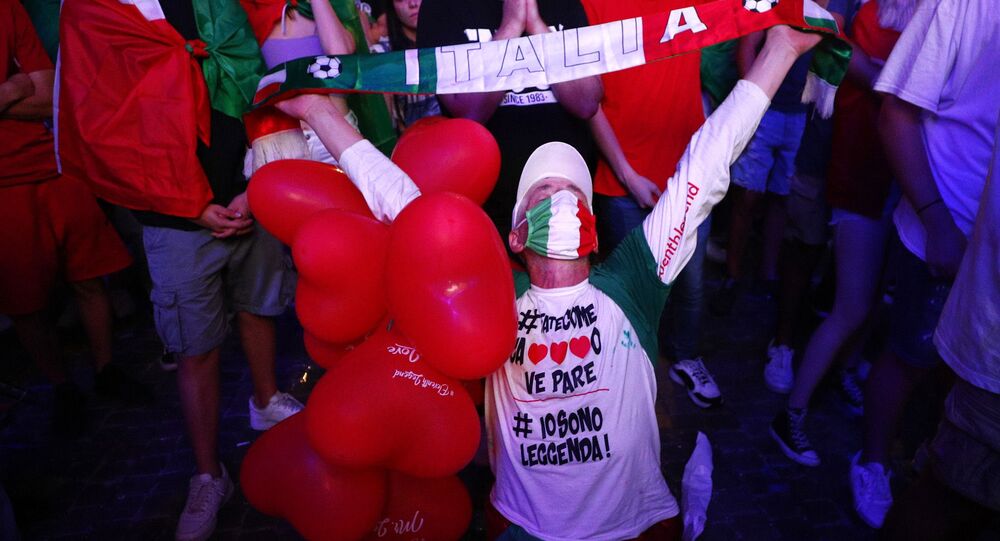 Both Italy and England fought their way to this historic finale. Italy was able to break the resistance of the Red Fury in a penalty shootout, while the English were helped by a decisive penalty kick, which their captain Harry Kane did not fail to convert.

Italy, at the cost of extreme efforts, was able to overcome England and became the 2020 UEFA European champion on Sunday.

Italy's goalkeeper Gianluigi Donnarumma was named the best footballer of this year's championship.

In the 2nd minute, the Italians' goal was struck by English defender Luke Shaw, who scored his first goal on the national team and immediately in the Euro final, setting the record for the fastest goal scored in the final match of the European championship.

The Italian team failed to rectify the situation during the first half, even taking into account the added 4 minutes of the referee, although Federico Chiesa was just a little wide of the net. Nevertheless, in the 67th minute of the match, Leonardo Bonucci managed to score a goal for his team after a corner.

Bonucci became the oldest goalscorer in the European championship finals.

And finally, on the occasion of the goal with which @bonucci_leo19 brought Italy on 1-1 in the #Euro2020Final vs England, we get to see a story of @Charles_Leclerc supporting the @azzurri! 🙌🏻😍💪🏻

The regulation time of the meeting, which took place on Sunday at Wembley Stadium in London, ended in a 1:1 draw. The match eventually went into extra time, but ended with no additional goals. The teams had to find out who is better in the penalty shootout. There, the Italians were more accurate - 3:2.

The match took place at Wembley Stadium in London, which also hosted the two semifinals.

The Italians have not been European champions since 1968, while the English have never won it. This year, England's team reached the final of a major football tournament for the first time in 55 years.

Situation Outside Wembley Stadium Ahead of Euro 2020 Final