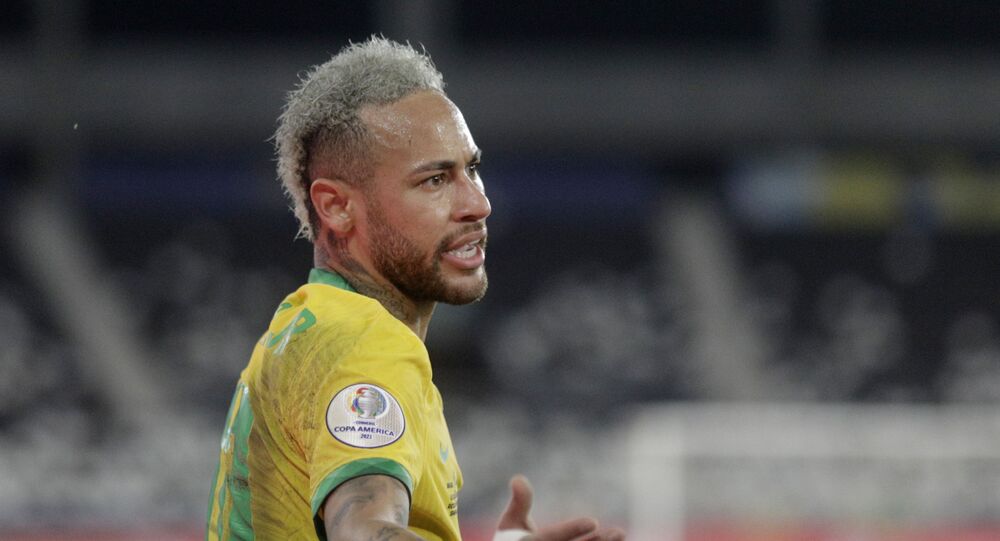 Another prominent Brazilian footballer, Marquinhos, also complained about “so many Brazilians, so many people in the press who are against and simply do not support the Brazilian team, who have no pleasure and pride in seeing the team, in rooting for us."

Speaking ahead of the upcoming Copa America final between Brazil and Argentina, Brazilian forward Neymar took aim at any Brazilians rooting for the opposition, ESPN reports.

According to the media outlet, Brazil supporters have "lacked interest" in the tournament amid the ongoing global coronavirus pandemic.

Fabiola Andrade, a Brazilian SporTV journalist, explained on her Instagram page that she's going to cheer for Argentina because she loves football and Leo Messi.

"This guy needs to win a title with his country's shirt!" she added. "For justice!"

Meanwhile, Neymar reportedly described himself as "Brazilian with a lot of pride and with a lot of love,” stating that his dream “was always to be in the Brazilian team and hear the fans singing."

"I never attacked nor would I ever attack Brazil if they are playing for something, whatever the sport, a model [beauty] contest, the Oscar......... I am Brazil, and who is Brazilian and does it differently?" he declared, as quoted by the media outlet.

Marcos Aoas Correa, the Brazilian footballer known as Marquinhos who plays for PSG, also complained about the situation, saying “so many Brazilians, so many people in the press who are against and simply do not support the Brazilian team, who have no pleasure and pride in seeing the team, in rooting for us."

"The fans, the journalists, the Brazilian people, no matter how difficult the moment we are living, could send positive energy, a good energy, because the national team is a source of pride for the Brazilian fans," he remarked. "From our part, we have tried to represent the team and the fans in the best possible way, giving everything on the pitch and that's what we've been doing at the Copa America."

Brazil and Argentina are preparing to face off at the Maracana Stadium in Rio de Janeiro on 10 July.

While the rest of the tournament matches were played with no live audience due to the pandemic, some 6,500 spectators are expected to be allowed to watch the final.