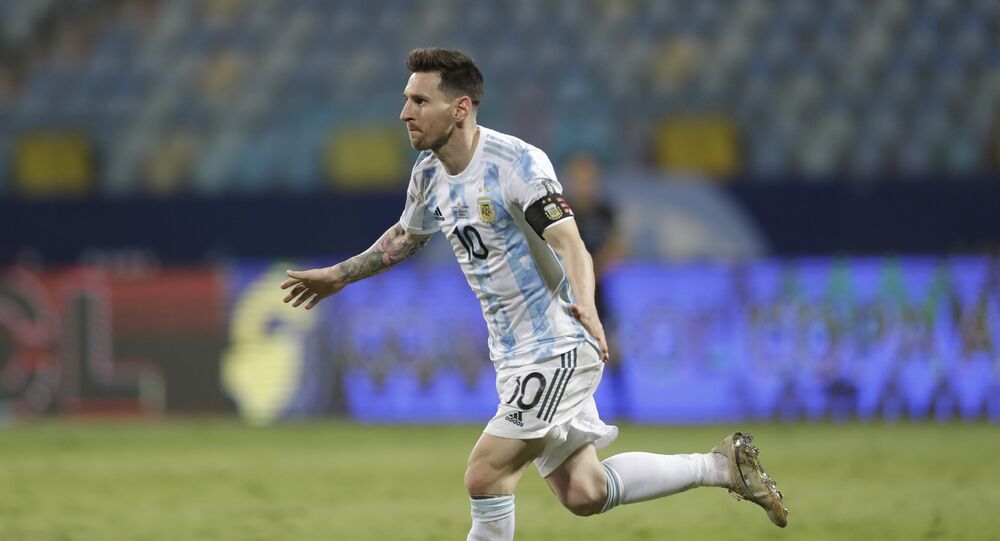 Lionel Messi will lead out Argentina in the Copa America final against Brazil on 10 July in Rio de Janeiro.

The Argentine city of Rosario, where Lionel Messi was born, has unveiled a 70-metre tall projection of the footballer onto the city's National Flag Memorial complex before Argentina faces Brazil in the Copa America final on 10 July.

Images of midfielders Angel di Maria and Gio Lo Celso, who were also born in the city, have also been projected onto the building.

Aside from the 2008 Olympics, Argentina has not won an international tournament since the 1993 Copa America, with current champions Brazil standing in their way this time. The 2021 Copa America is Messi's 10th major tournament with Argentina (four World Cups and six Copas).

Captain Messi has reached the final with his national team three times, and failed each time in 2007, 2015, and 2016, while he also lost in the final of the 2014 World Cup against Germany.

The final will be played at Brazil's iconic Maracana Stadium in Rio de Janeiro.