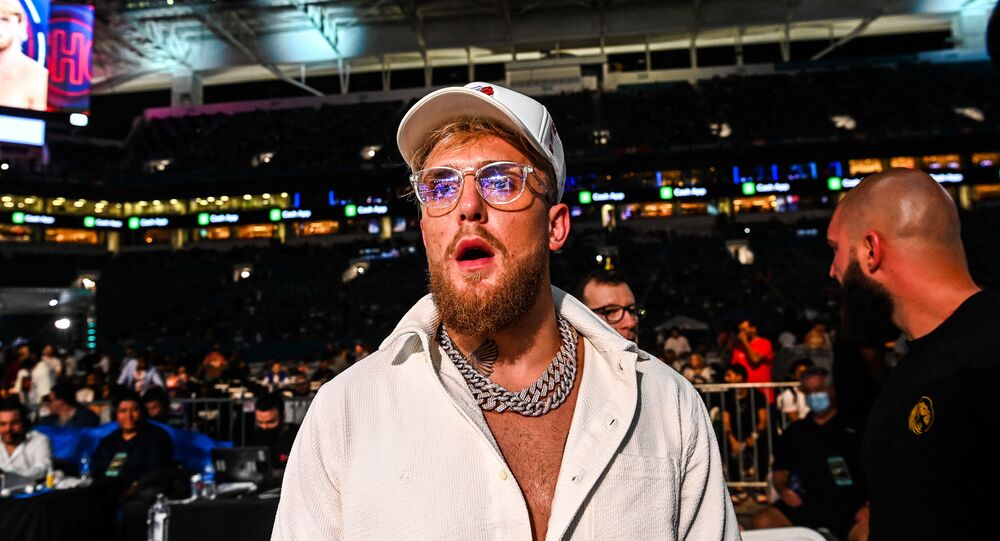 Conor McGregor Says He Just Might Fight YouTubers Jake Paul or Logan, But They're 'Dingbats'

​Tyron Woodley, a former UFC fighter, will be Paul's next opponent, with the fight expected to take place on August 1. Paul has won all of his boxing matches thus far, defeating Ali Eson Gib, Nate Robinson, and Ben Askren. All of the victories were by technical knockout or knockout.

Conor McGregor and Jake Paul's possible bout was brought up again on Thursday just days before the Irishman takes on Dustin Poirier at UFC 264 this weekend.

McGregor did not completely rule out a fight with Paul or his brother Logan.

"I couldn't care about them two dingbats," he said when questioned about bringing either of them cage-side for the Poirier fight.

"I don’t see so, but never say never," McGregor weighed in on the fight. "If they’re gonna keep competing and whatnot, who f**king knows? But dingbats, the two of ‘em."

​However, on Friday, Jake Paul increased the pressure on McGregor ahead of a possible confrontation, as the YouTube star usually does. In a series of tweets, he said that McGregor no longer possesses the "it" factor.

"You can tell Conor has lost ‘it.’ He no longer speaks from a place of authenticity & you can tell he’s trying to convince himself of his own lies. He takes offense to everything now. He’s bathing in his own insecurity’s. When we fight I will further expose him for the fraud he is," Paul tweeted.

He followed up with another tweet criticizing McGregor's performance in his last fight against Poirier in January.

I had my jeweler custom make me a $100,000 dollar diamond necklace of this frame

McGregor will take his chances with Poirier this Saturday in Las Vegas, Nevada. The long-awaited rematch is expected to be attended by many celebrities, including former President Donald Trump.

Paul's older brother Logan is also a boxer, who recently fought an exhibition match with American champion Floyd Mayweather Jr. last month. At a press conference before the fight, Jake again distinguished himself by stealing Mayweather's cap off his head, which apparently greatly angered the boxer, who chased after the YouTuber.

Nevertheless, after the match, the world boxing champion noted that Logan turned out to be a much more serious opponent than Mayweather had expected, while Paul himself later noted that he thought that Mayweather "let me survive."