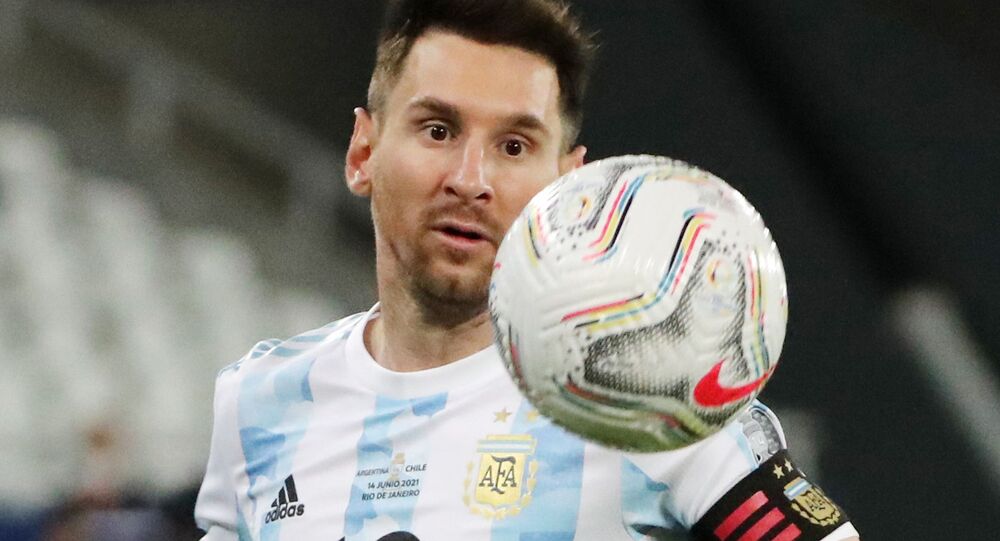 Despite winning a record 34 trophies with Barcelona, Messi is still searching for his maiden international title. The 34-year-old will now look to win his first tournament with Argentina at the Copa America in Rio de Janeiro. The Argentines will face Neymar's Brazil in Saturday's final.

Argentina captain Lionel Messi has once again proved why he is regarded as one of the greatest footballers of all time. After all, nobody has ever questioned his dedication to the sport.

The Barcelona talisman once again delivered for his national team in the Copa America semifinal against Colombia, leading them to victory in a penalty shootout despite battling pain in his ankle.

After a brutal Frank Fabra tackle, the Barca star suffered an injury to his left ankle, which immediately started bleeding. But this didn't stop him from performing in the contest.

The last-four battle against Colombia was regarded as huge for Messi and Argentina, considering they lost the last two Copa America finals to Chile in penalty shootouts.

Messi started the game in a scintillating fashion, as he provided Lautaro Martinez a much-needed assist, giving Argentina the lead with his superb strike in the seventh minute.

However, somehow Messi's team couldn't press on the accelerator and their poor show, particularly in the second half, resulted in Colombia equalising in the 61st minute with the help of Luis Diaz's goal.

Messi, though, came to Argentina's rescue yet again, as he made no mistake while scoring a goal in the penalty shootout. It ultimately powered his side to a 3-2 win in penalties in the semis.

His determination, commitment, and brave effort kept Twitter buzzing, with fans praising the Argentine captain for his decision to continue playing with an injured ankle.

My foot is bleeding, It’s ok I'm in the final 🏆👏🏻. #messi #ميسي pic.twitter.com/NMyXXVl7Hv

Argentina in the finals
and because of this man
The man with blood on his foot #LionelMessi #argentinavscolombia #GOAT pic.twitter.com/hN6b4vFDz8

4Goals , 5 assists = Straight to the final with a bleeding ankle 🩸.... We don sacrifice GOAT blood for the final ... congrats in advance Messi/Argentina/Barca/Culers pic.twitter.com/a75BrVcDaj

Messi finished the game bleeding, the other guy would have brought out his pom poms and moved to the sidelines so that others can win the game for him.
Messi is the definition of a team player, he will always put the team first. pic.twitter.com/jvtBSKdiyl

Messi played the whole 2nd half with ankle bleeding, and still stepped up to take the first penalty. Win or lose in the finals, but my G.O.A.T forever 🐐 @WeAreMessi #Messi #Argentina pic.twitter.com/jPTtGQxRhv

I've no words to explain this passion!! #Messi is bleeding yet is trying his best to help the team and he almost assisted 1 Goal with that foot but This Lautaro messed it up!How can hell can someone hate this guy!! No Words can describe this level of unconditional love he his🇦🇷💝 pic.twitter.com/CjJAjQBqGk

"Messi's presence in the middle was extremely important for Argentina, otherwise they would have been out of the tournament by now", Hossain told Sputnik on Wednesday.

"Despite being injured, he made a bold decision to stay on the ground because he realised his team needed his experience, and he was right in the end as Argentina succeeded in winning the match", he added.