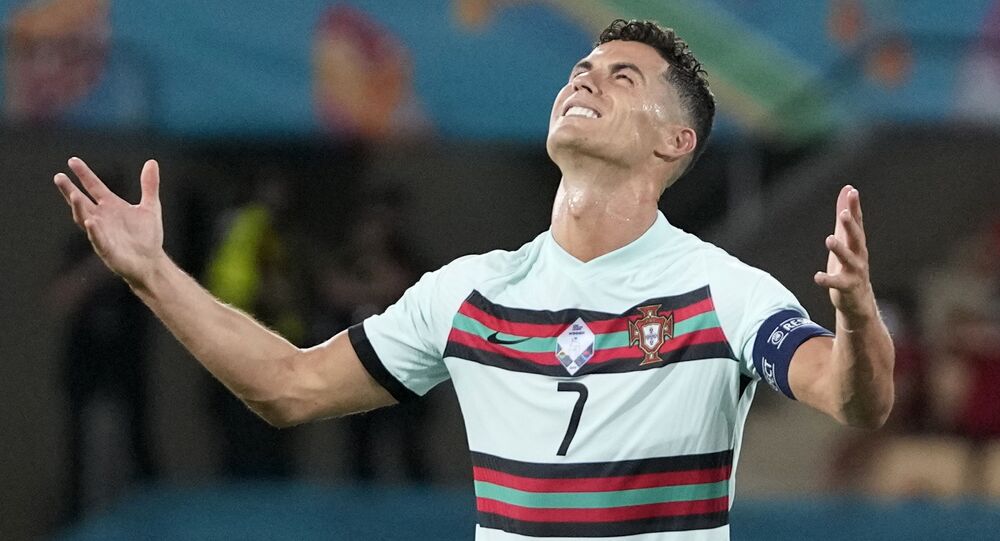 Maurizio Sarri is the first manager to criticise five-time Ballon d'Or winner Cristiano Ronaldo in public. Neither Manchester United's Sir Alex Ferguson nor Zinedine Zidane of Real Madrid, where the Portuguese superstar played in the past, has ever made such remarks about him.

Former Juventus manager Maurizio Sarri has slammed Cristiano Ronaldo for his dominating persona at Juventus. Sarri managed Ronaldo at the Turin-based Serie A club before he was sacked in August 2020, despite winning the league title.

The Italian coach worked with Ronaldo during the 2019-20 season, but found him extremely difficult to manage.

Sarri accused Ronaldo of making his life difficult at Juventus because he couldn't focus on football matters concerning the club.

Sarri told Italian media on Tuesday, "Managing Ronaldo is not simple, from all points of view. He's a multinational company, he has personal interests that must coincide with football".

"His interests go beyond normalcy, beyond the team or club. I'm a coach, not a manager. Ronaldo, however, brings the numbers at the end of the year. But in recent years, I hear a lot about players and little about teams".

Sarri was also asked if Ronaldo will stay on at Juventus or not, and he replied to the question by taking another dig at the 36-year-old.

He said: "It depends on the needs of the club. If they have to save on the salary then they have to make a choice. In my opinion it is better to give up one player than five or six with the same savings".

When listening to Sarri speaking of his difficulties with Ronaldo, remember that Ronaldo bailed Sarri out with 31 goals in serie A even though he struggled with a knee injury in the first months.

I agree with #Sarri on this. I want to know if #Ronaldo accepts a role at #Juventus that increases Juve's chance to win UCL while he will not be the central player? But in the end, he has to stay and I hope he stays. He is an exceptional player.

"I agree Ronaldo has a dominant personality, but that doesn't mean he's not a team player. If it was the case, he would have never been so successful in his career, that too at three different clubs", Suresh told Sputnik on Tuesday.

There has been a lot of speculation regarding Ronaldo's future at Juventus, with earlier reports suggesting that he is planning a move back to his former club Manchester United in England. But nothing has materialised so far, with neither the Premier League side nor CR7 making a statement about it.

Ronaldo was recently in action at the Euro 2020, where he failed to take Portugal past the Round of 16 after they were beaten 1-0 by Belgium. Portugal were the defending champions in the tournament after winning the iconic European football competition in 2016.