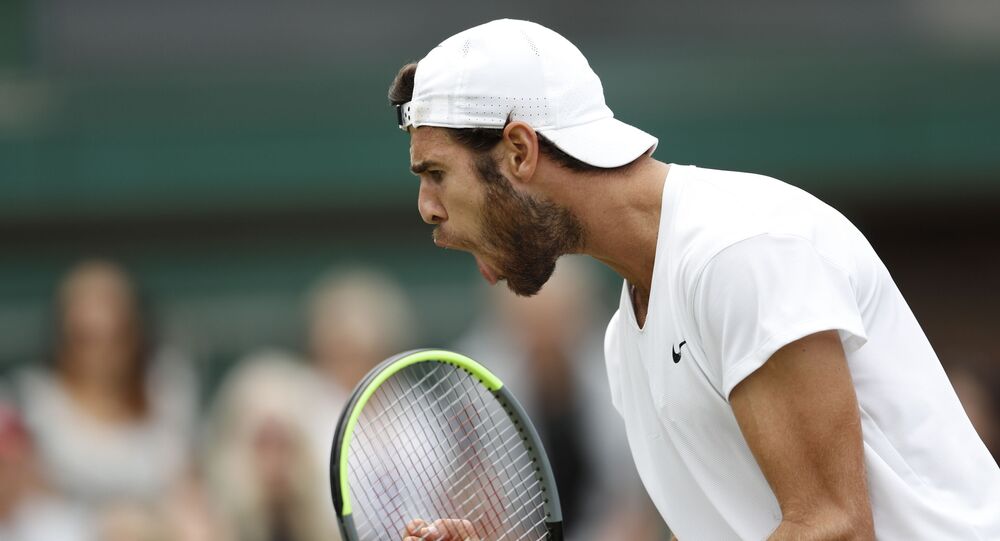 The Wimbledon tennis championships will end at the weekend and former champions Novak Djokovic and Roger Federer are both still in the tournament. Russia’s Karen Khachanov could meet Djokovic in the semi final.

Russia’s Karen Khachanov ruined Sebastian Korda’s 21st birthday by beating him in a five-set thriller at Wimbledon on Monday, 5 July.

The American had won the first set and then, after losing the next two sets, bounced back by winning 7-5 to take it to the final stanza.

For the first time in the Open Era, three Russian men have reached the round of 16 at #Wimbledon

​The final set was nip, which lasted 81 minutes and featured 13 breaks of serve, was nip and tuck all the way with Korda at one point leading 8-7.

But Khachanov held his serve and then broke Korda to eventually edge him out 10-8.

Round 4🔜 @Wimbledon 💪🏻🎾💥🇬🇧
Thanks everybody for support. So nice to play with crowd here again! pic.twitter.com/9skhoyuNfE

​Shapovalov was born in Israel, to Ukrainian parents and his mother was once on the tennis team of the Soviet Union.

Korda’s Czech father Petr was a quarter-finalist at the All England Club in 1998.

If Khachanov beats Shapovalov he is likely to face Djokovic, who is attempting to win his sixth Wimbledon.

Federer - who has won Wimbledon eight times, most recently in 2017 - takes on Italy’s Lorenzo Sonego later.