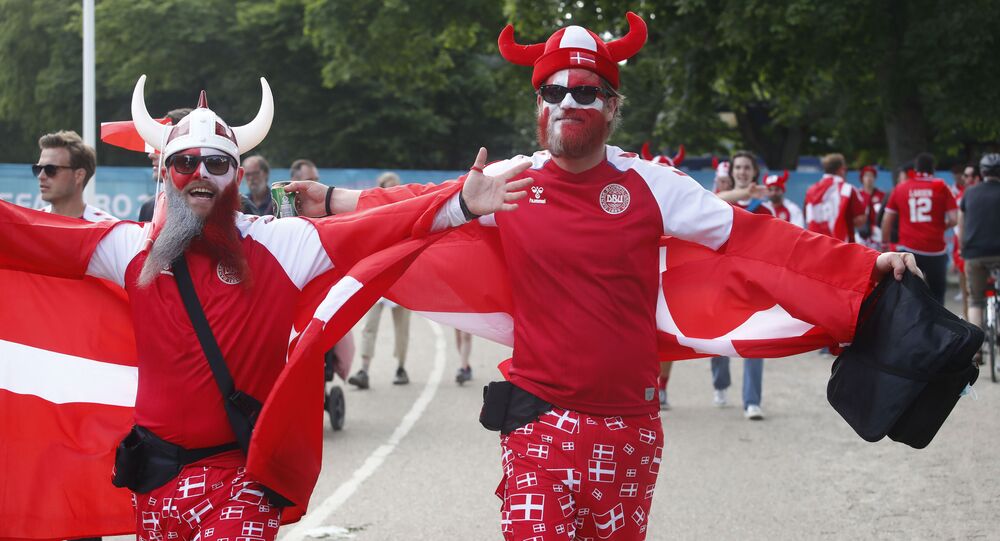 Virologists and politicians alike see the frantic parties for Denmark's 2-1 win over the Czech Republic, when tens of thousands of people gathered amid the rise of the more contagious Delta variant, as a cause for concern.

As thousands of Danes stormed the streets with wild parties over their football team's advancement to the European Championship semifinals by defeating the Czech Republic, virologists and politicians alike have cautioned against allowing a superspreader event in the midst of a pandemic.

For Allan Randrup Thomsen, a professor of experimental virology at the University of Copenhagen, the images of his slap-happy countrymen celebrating their greatest success on the football pitch since their sensational Euro 1992 victory, are a cause for concern.

"The Delta variant is very contagious, so from a health professional point of view I am nervous about what the many people together can mean in terms of infection", Thomsen told TV2. "Outside, the exhaled air is diluted, which reduces the risk of infection. However, it seems that the Delta variant is more contagious outdoors than the variants we have known so far".

Hans Jørn Kolmos, a professor of clinical microbiology at the University of Southern Denmark, argued that the images of Danish football fans speak for themselves.

​"The good thing about it is that most football parties took place in the open air, which reduces the risk of infection. The bad thing is that when so many people stand so close, then there will still be a risk of a superspreader event", he argued.

The Danish Agency for Patient Safety came up with a statement of its own. "The Danish Agency for Patient Safety agrees that the football parties have a risk of spreading more infection – it would be strange otherwise when so many people gather close and party. At present, the agency has reported relatively few cases of infection spread at several events related to the European Championships, but we are aware that there may be a large unreported number", the statement said.

That concern is shared by Peder Hvelplund, corona spokesman for the Red-Green Alliance. However, he is somewhat ambivalent about the football parties across the country.

"On the one hand, it is enormously liberating to see happy people sharing their joy across class, culture, and attitudes. On the other hand, it contains all the ingredients for a superspreader event. That raises some concerns", he told TV2.

Earlier, several festivals this year had to be cancelled due to the coronavirus situation. Hvelplund argued that the difference in what is allowed for festival-goers and football fans is "paradoxical".

Yet, the health spokesman for the liberal-conservative party Venstre, Martin Geertsen, is not particularly worried.

"I think it's great to see people happy and not worried. I think the Danes deserved that after the last year and a half. We have over three million vaccinated and only 50 hospitalised. So we are in a favourable situation", Geertsen countered.

Nevertheless, the British authorities have so far refused to let in Danish fans, let alone watch the semifinal against England at Wembley – unless they live in the UK. The Danish national coach Kasper Hjulmand has sent an appeal to the British Prime Minister Boris Johnson, and the Danish ambassador to London has contacted the British authorities, but to no avail so far.