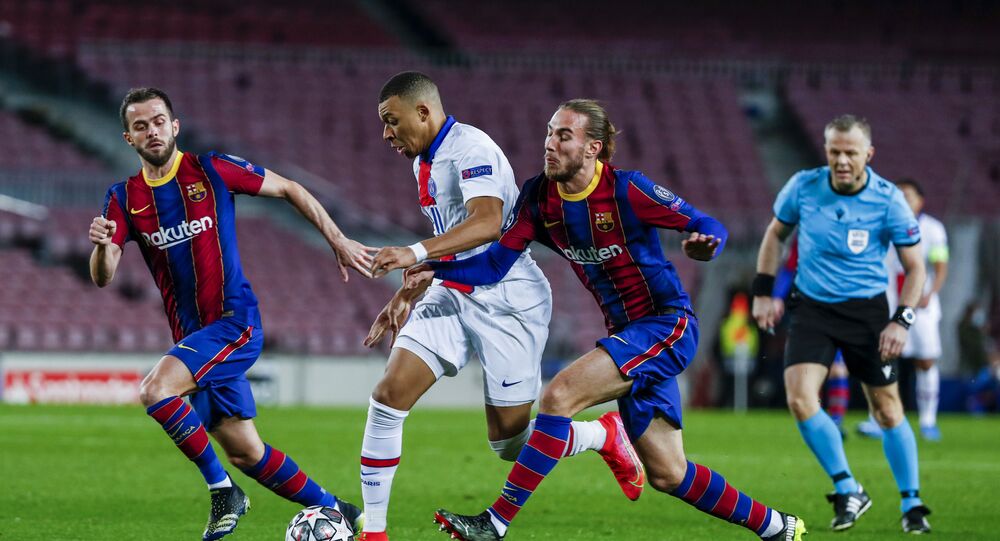 Barcelona is still trying to keep its captain at Camp Nou, as his contract expired at the end of June. However, such factors as the salary limit introduced by La Liga several years ago could hinder their plans.

Barcelona is continuing to look to further reduce its wage bill to be able to register Messi's new contract. In this regard, the Catalan club reportedly offered centre-back Samuel Umtiti and midfielder Miralem Pjanic the chance to join another club without the need for a transfer fee, El Mundo Deportivo writes.

© CC0
Ex-Barcelona Star Reveals Who Will Be Football's Next God After Cristiano Ronaldo and Lionel Messi
The Bosnian footballer is said to be mulling the option but is in no rush to decide, as both Inter Milan and Juventus are reportedly interested in Pjanic.

According to the latest reports, Barcelona will have to free up €200 million (£171 million) in wages if Lionel Messi renews his contract. Midfielder Philippe is also rumoured to be among the first players who could leave the club. What's more, the Catalan club reportedly has significant debts, which makes selling players a top priority.

Barcelona's president Joan Laporta earlier announced to Spanish media that contract negotiations with Messi are progressing and that they would like the matter to be concluded as soon as possible.

Spanish media previously reported that Barcelona has offered the 33-year-old a 10-year contract worth $293 million. According to the deal, the Argentine superstar would spend two more seasons at Camp Nou, another two in the US league MLS and another six years as Barcelona’s ambassador or coach.

Other reports suggest that the striker will leave Barca and join either Paris Saint-Germain or Manchester City - the only two clubs which would be able to afford the striker.