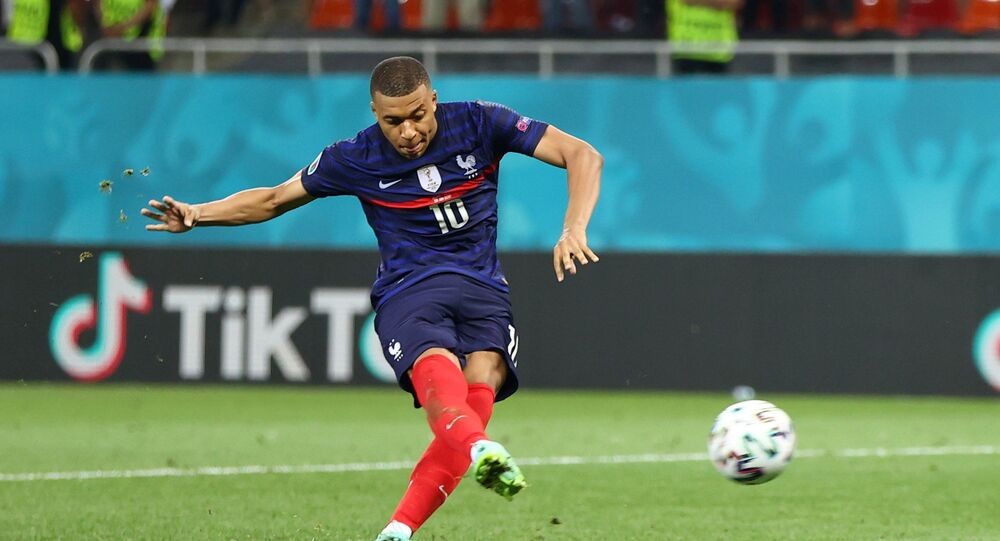 Although replays prove Yann Sommer's left foot was on the line as Mbappe hit the ball, France supporters demanded Switzerland's game against Spain be postponed to allow a replay.

Around 270,000 fans of France's national  football team signed a petition on website Lines Bougent for France's Euro 2020 defeat to Switzerland to be replayed.

​However, shortly after the petition gained public attention, it was dropped by the website as its author decided to stop it. As seen in some replays, Sommer kept his left foot on the line as Mbappe hit the ball, so, technically speaking, there is no room for filing a protest.

"The Swiss have well deserved their victory - and the French have not been unworthy by fighting to the end!", the Sun cited the statement issued by Lines Bougent  website as saying.

World soccer champions France were knocked out of Euro 2020 in the last 16 by Switzerland in a penalty shootout. The Swiss won 5-4 on penalties following a 3-3 draw as they managed to come back from 3-1 down.

However, Switzerland did not make it to the semi-finals, as they lost their quarterfinal match on penalties against Spain on 2 July.