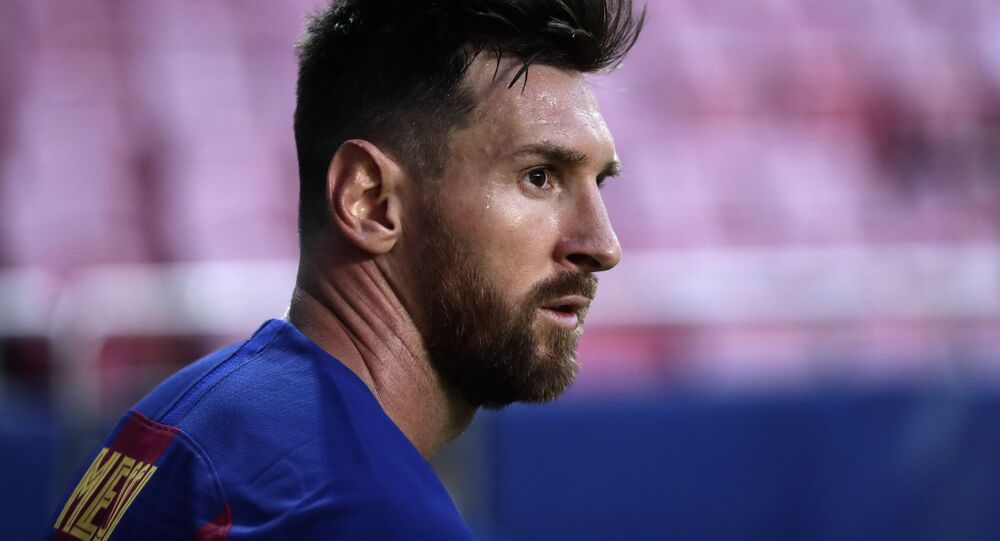 The club's Laporta also announced that contract negotiations with the forward are “progressing as expected" and that they would like the matter “to be concluded as quickly as possible.”

Barcelona forward Lionel Messi's contract with the Spanish giants expired at the end of last month, which means he's now a free agent. As a result, the club’s president Joan Laporta wants to hold a meeting with La Liga chief Javier Tebas to try and find a way to extend the Argentine's stay at the club, the Daily Express reports.

According to the newspaper, even though Messi himself would prefer to remain at Barca, there are several factors that may complicate this matter, such as the salary limit introduced by La Liga several years ago to "maintain the sustainability of the division."

Barcelona’s income has reportedly declined by about 300 million euros during the past 12 months amid the ongoing global coronavirus pandemic, so the club needs to trim its wage bill – while at the same time seeking to tie Messi down to a new deal, hence Laporta’s negotiations with Tebas.

On Friday, 2 July, Laporta also told Spanish the media that contract negotiations with Messi "are progressing as expected."

"We want him to stay, Leo wants to stay, and we are looking for the best formula," Laporta said as quoted by AFP. "We would like it to be concluded as quickly as possible but we know it will take time."