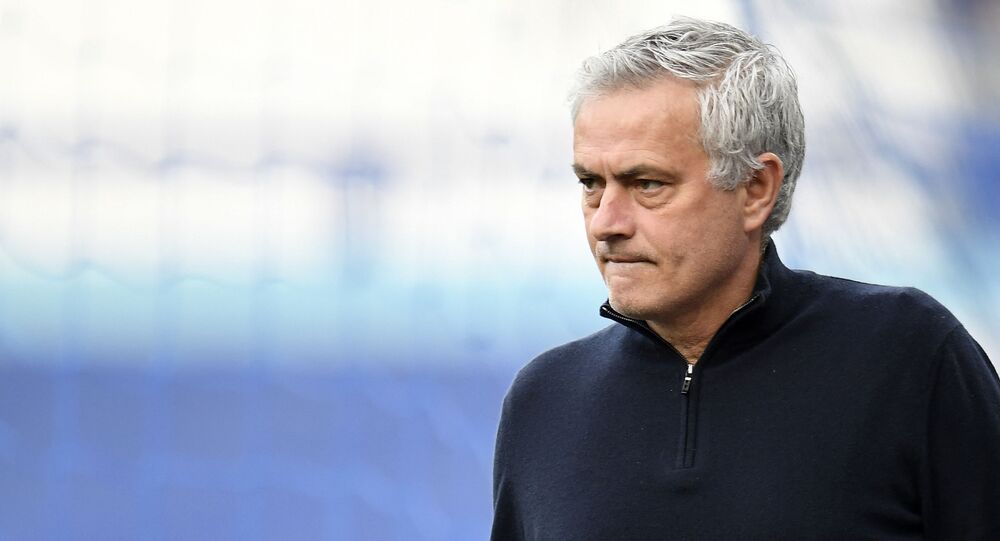 France is one of the most successful teams in the UEFA European Championship, having won the trophy in 1984 and 2000, and finishing as runners-up to Portugal in 2016. But Didier Deschamps' team couldn't replicate their past success at the Euro 2020. They were upset in Round of 16 by Switzerland, who had been considered underdogs.

AS Roma manager Jose Mourinho has slammed French Manager Didier Deschamps for committing tactical blunders in their shocking defeat by Switzerland at the Euro 2020.

The Portuguese, regarded as one of the greatest tacticians in the world of football, also came down heavily on French players, including Paul Pogba and Presnel Kimpembe for their early celebrations during the match. He feels it played a major role in the reigning world champions' stunning loss to the Granit Xhaka-led side.

Les Bleus trailed 1-0 at half time before a brace from Karim Benzema and a superhuman effort from Paul Pogba put them in control as they led 3-1 in the contest.

But a couple of uncanny mistakes saw Switzerland claw their way back to 3-3 at the conclusion of normal time.

With neither team succeeding in scoring a goal in extra time, the game progressed to a penalty shootout where Kylian Mbappe missed the decisive penalty to see the Swiss move into the quarterfinals.

​Pogba's former coach at Manchester United told British media on Thursday: "France can only blame themselves. They started the game against Switzerland bad, they recovered in a fantastic way, showing the immense talent they had."

"But when I saw the way they celebrated the third goal, I didn't like it. I had the feeling of, these guys are already celebrating on the Eiffel Tower, dancing here, dancing there. I don't know what dance they did, but they did a couple of different dances. Twenty minutes to go, the game is not over."

The decision was all the more surprising because Swiss striker Haris Seferovic had already brought down the deficit to 3-2 and it looked like Switzerland had all the momentum, while the French team was just trying to catch-up with them at that time.

Deschamps' decision proved to be the turning point of the match as moments later Mario Gavranovic levelled the tie at 3-3.

"I also believe Deschamps made one mistake that I think about many, many times. When you’re in a game where there’s a possibility of extra time you have to be very careful with the changes you make," Mourinho told British media on Thursday.

"When you make a change on minute 89 and you take off one of your best players, Griezmann, who was playing amazingly well and you change Griezmann for Sissoko. If this is a points game without extra time that’s okay," he said.

"But when there's the possibility of extra time that's a big game because then you make that change, they equalise in minute 91 or 92, you go to extra time and then you want to shoot yourself because you left Griezmann out of extra time. Then in extra time you have the unlucky situation you cannot control Benzema getting injured or feeling something and you lose your two top attacking players. And then during extra time you never felt France could win it because they didn't have the power to do it."

"I think in this moment that Deschamps knows he made that mistake, which is something that can happen to every one of us, but experience helps us. When you have extra time as a possibility still open you don't take off one of your best players," he added.

Former Indian defender Muttah Suresh, who was also the captain of East Bengal, agreed with Mourinho's assessment regarding France's exit from the tournament.

"Deschamps is certainly responsible for France's poor showing at the Euros. Why would you play someone like Kylian Mbappe against Switzerland, especially after he performed poorly in group matches. I still can't understand what was the need to substitute Griezmann when he was playing so well," Suresh told Sputnik on Friday.