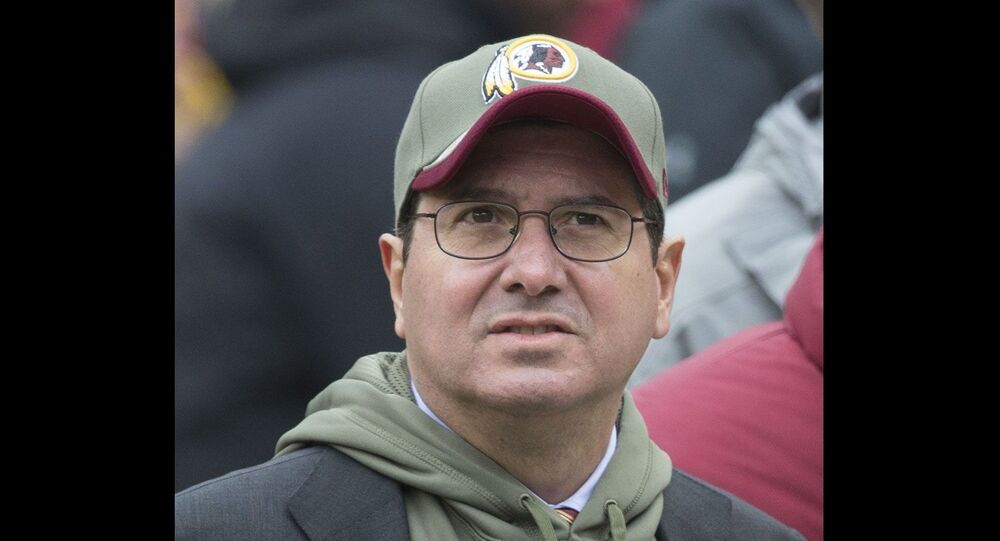 Last year, Washington Football Team owner Daniel Snyder hired an independent counsel to conduct a review into allegations of workplace misconduct that were first laid out in a series of scathing reports by The Washington Post. At least 15 former, female employees of the team came forward and alleged they were victims of abuse and sexual harassment.

The National Football League (NFL) announced on Monday that the Washington Football Team (formerly known as the Redskins) will be forced to pay the league $10 million following the conclusion of a misconduct probe led by Beth Wilkinson, of the Washington, DC, firm Wilkinson Walsh LLP.

Quoting NFL Commissioner Roger Goodell, the announcement laid out that the Washington Football Team operated in a "highly unprofessional" manner, particularly with regard to its female employees.

Goodell concluded that this toxic work environment fostered bullying and intimidation, and resulted in "multiple allegations of sexual harassment."

Wilkinson was tapped to lead the investigation after Julia Payne, vice president of communications for Washington’s NFL team in 2003, and several other former employees of the team spoke to the Washington Post about their allegedly toxic office culture.

"I have never been in a more hostile, manipulative, passive-aggressive environment … and I worked in politics," said Payne, who was an assistant press secretary in then-US President Bill Clinton’s administration.

While Payne claimed she did not experience sexual harassment, Emily Applegate - the only alleged victim who did not elect to speak on the condition of anonymity - and at least 15 other women claimed otherwise.

Applegate asserted the daily sexual harassment and verbal abuse she and other female employees of the team were subjected to was not just ignored, but at times even encouraged by top executives.

Wikimedia Commons/All-Pro Reels
A Washington Redskins helmet (2019), prior to the renaming of the DC football team.

Other women who spoke with the outlet claimed they previously entered into nondisclosure agreements (NDAs) with the NFL franchise, which made them fear possible litigation and financial ruin if they spoke on the alleged matter publicly.

The league detailed that the $10 million obtained from the DC football team "will be used charitably," and fund a number of organizations, including those committed to anti-bullying, health relationships, character education and similar topics.

"They will also fund programs directed more broadly at improving the workplace, particularly for women and other underrepresented groups, and training and development programs throughout the league, with recipients identified with the assistance of respected third-party advisors," the NFL declared.

It is worth noting that Snyder was not personally fined, or accused of sexually harassing employees.

Snyder issued a same-day statement following the announcement, asserting that he has "learned a lot" in recent months, despite owning the team since 1999.

"I feel great remorse for the people who had difficult, even traumatic, experiences while working here. I'm truly sorry for that. I can't turn back the clock, but I promise that nobody who works here will ever have that kind of experience again," he said.

Snyder also declared that he agreed with Gooddell's decision on the matter, and supports his wife handling the team's operations.

Sport Stars From Artistic Angles: Monuments to Famous Athletes Around the World

From Strip Club to Sports Stadium: Most Unconventional COVID Vaccination Sites Across the Globe