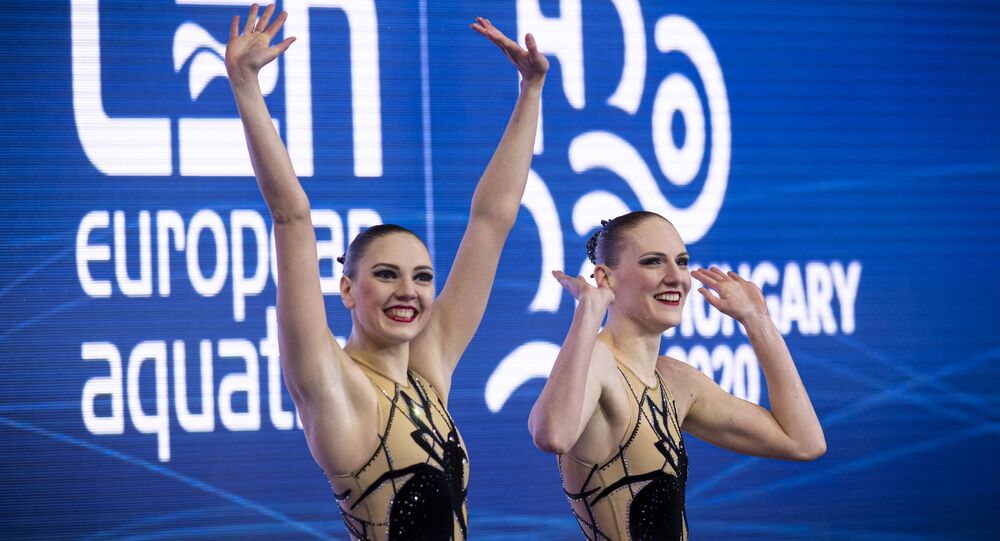 Can't Bear it: Russian Olympians Forced to Change Costume Design Because It's 'Too Russian'

The athletes said that they're not going to protest the decision as they are currently focused on training for the competition.

Russia's synchronised swimming team has been barred from wearing swimsuits featuring the depiction of a bear in the upcoming Tokyo Olympics.

As per last year’s Court of Arbitration for Sport (CAS) ruling on the dispute between the World Anti-Doping Agency (WADA) and Russian Anti-Doping Agency (RUSADA), Russian athletes will not be able to compete in major international competitions under the Russian flag until 16 December, 2022; the International Olympic Committee (IOC) apparently thinks bears are "too Russian" and therefore shouldn't be used on costumes worn by athletes who supposedly aren't representing the country.

As five-time Olympic champion Svetlana Romashina explained, she and Svetlana Kolesnichenko (the other member of their Olympic duo) were forced to choose a different swimsuit design due to the sanctions imposed against the Russian delegation.

"We submitted the swimsuits’ design for approval and were told that because the swimsuits feature the depiction of a bear they cannot be approved," she said.

Romashina also revealed that the name of the music track featured in their programme – "With Russia From Love" – was also altered.

"The word ‘Russia’ was removed, leaving only ‘With … From Love’," she said. "We were shown confirmation that the appropriate recommendations were issued by the IOC – bear is banned."