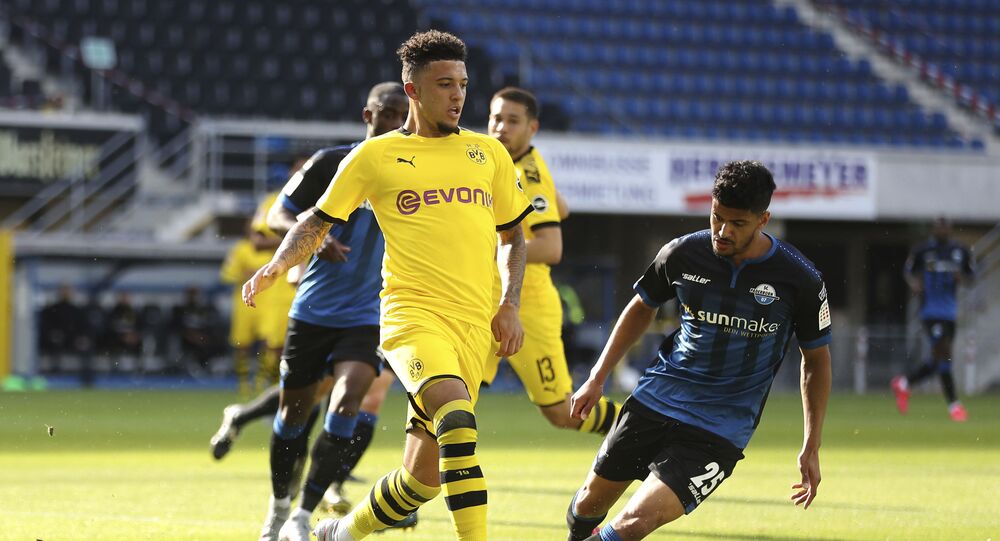 As news of Manchester United's new deal with Jadon Sancho spread like wildfire in Germany, his move has received mixed reactions from Borussia Dortmund's fans and players.

​However, the reaction of Dortmund's star striker Erling Haaland's father, Alf-Inge, stood out for its extreme bluntness as he wrote "F*ck" on Twitter while also wishing Sancho "all the best" and saying that he "will be missed."

With the English forward moving to England, Haaland's father knows how difficult it will be to replace him at Signal Iduna Park.

Sancho's departure will create a significant void in the team's attack; Haaland has been the biggest beneficiary of Sancho's assists during his two years with the German club.

After joining Dortmund in January 2020, Haaland has scored 40 goals in 43 matches. Sancho himself scored 16 Bundesliga goals and provided 18 assists since Haaland's debut for the German side.

According to former Indian footballer Mehtab Hossain, Sancho's arrival will definitely boost United's chances of winning a trophy during the 2021-22 season.

He told Sputnik on Thursday, "Last season Man Utd was quite close to finding their best form, but faltered in the second half. Sancho's signing is a good deal for Solskjaer's because they need someone who can be deployed on both flanks."

United manager Ole Gunnar Solskjaer finally got his man after nearly a year of negotiations. A deal was reportedly almost signed last year but fell through for unknown reasons.

Sancho is now set to return to his home country after England's campaign at the Euro 2020 – where he is yet to make an impact having only featured for a handful of minutes.