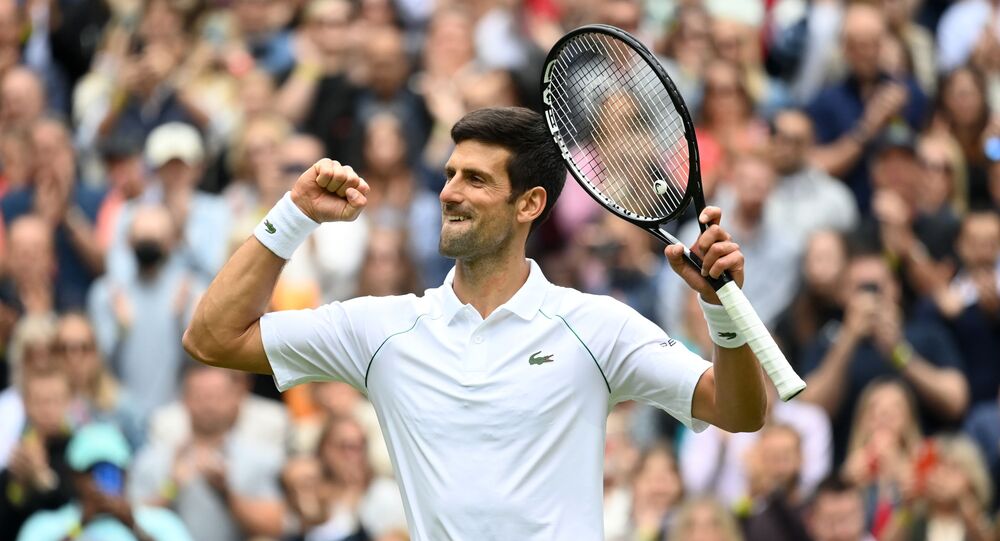 Top seed Novak Djokovic is a five-time Wimbledon champion and eyeing a hat-trick of titles at SW19.

Defending Wimbledon champion Novak Djokovic has inspired several Spider-Man-inspired memes after tweeting a picture of himself almost doing the splits during a tennis match on Centre Court.

​Djokovic began his title defence at Wimbledon with a four-set triumph over unheralded Englishman Jack Draper, 19, on Monday.

On Wednesday, he was back for his second round contest against former Wimbledon runner-up South African Kevin Anderson. The Serb smashed him three sets to love – in fact, Centre Court's greasy surface served up more of a challenge as Djokovic slipped over five times during the match.

Former tennis player Vishal Uppal, who played Davis Cup for India, has closely monitored Djokovic's antics over the years. "Djokovic is not just an on-court genius, he is a genius off-court too," Uppal told Sputnik on Thursday.

"Anybody who has seen Djokovic mimicking other players would know that he is a great actor as well. Who could forget his imitation of former women's number one Maria Sharapova, which makes me laugh even now."