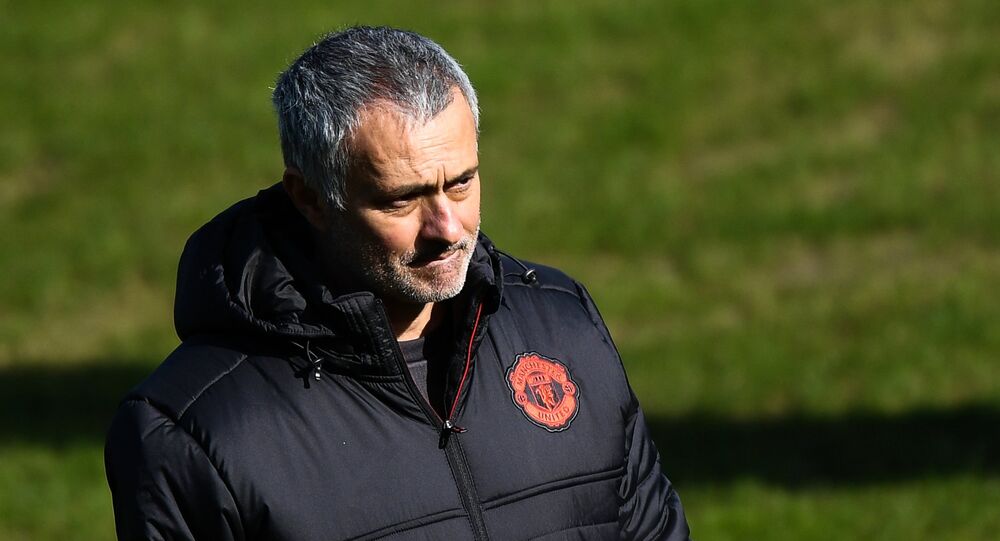 Manchester United left-back Luke Shaw earlier slammed his former boss Jose Mourinho, accusing the Portuguese manager of being obsessed with him. According to Shaw, Mourinho is still stuck in the past and criticising him for no reason whatsoever.

Former Manchester United Manager Jose Mourinho has taken another jab at England defender Luke Shaw, days after blasting him for his performance against the Czech Republic at the Euro 2020 tournament.

Their ugly public spat has escalated in the last couple of days since Mourinho called out Shaw for his poor corner-taking against the Czechs.

Shaw immediately hit back at Mourinho accusing him of having a "strange personal agenda" against him.

"Look, he has got to do his job. I'm used to him saying negative stuff about me, so I just pass it by", Shaw said. "He likes some players, he doesn't like others. I fell into the category where he didn't like me. I tried as hard as I could to get back into his side but it never worked out, no matter what I did. There is no hiding that we didn't get on".

Despite Shaw's recent accusations that he was the main reason behind their fractious relationship at Old Trafford, Mourinho again criticised the English footballer for certain weaknesses in his game.

"For me, he is not a guy to take set pieces or be in the box to win a duel in the air. He is very fast and a perfect position is to stay back on corners to cope with transitions", Mourinho told the British media.

"But maybe Gareth needed a left foot or he did something very good in training that we didn't see in the game. But no drama. Maybe against Germany he takes an amazing corner and England win from that. Fantastic".

But the AS Roma manager also appreciated particular aspects of the defender's game.

"For me, Shaw has played well, better than in the first match, took more risks, didn't make mistakes".

"Shaw is a solid player, not making big mistakes, much more focused and concentrated", he added.

Former Indian footballer Mehtab Hossain, who thinks Mourinho is the best tactician in football today, believes that Mourinho shouldn't focus his energy on criticising a player all the time.

He told Sputnik on Tuesday, "I simply don't understand how a legendary manager like Mourinho can hate a player to such an extent".

"I would suggest Mourinho to move on in life and try to build a healthy relationship with Shaw, which I feel is quite possible because Shaw still respects him as a manager", he said.

Since Mourinho was forced to resign from Manchester United in 2018, Shaw has become one of the vital cogs in the Red Devils defence under his current boss Ole Gunnar Solskjaer.

He is set to feature in England's eleven against Germany in their Round of 16 clash on Tuesday night.