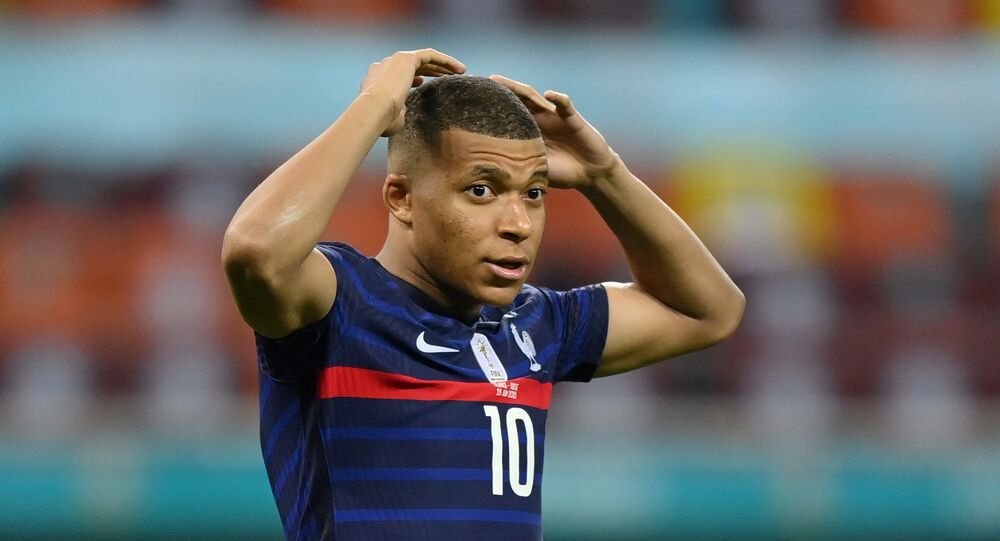 Earlier, former French international Jerome Rothen slammed Kylian Mbappe for what he saw as his poor performance at Euro 2020. Rothen claimed the Paris Saint-Germain (PSG) striker had an "oversized ego" that had become a major cause of concern for national coach Didier Deschamps.

France manager Didier Deschamps has refused to hold forward Kylian Mbappe responsible for the country's stunning loss against Switzerland that resulted in their ouster from the Euro 2020 tournament.

"Nobody can be annoyed with him. When you take responsibility, it can happen. He is obviously very affected by it. Kylian takes responsibility, he feels guilty, but he shouldn't. The squad is united, it always has been", Deschamps said.

"In football, we win together and we lose together", Lloris told local media after the loss. "We're all responsible for the elimination. It's painful and there is no one to point the finger at. We all fought together against the opponent and there is no excuse to seek. And we have to highlight the Swiss team, they were great".

He added: "I think the regrets we may have tonight are certainly that we could have managed the game better at 3-1. Our strength in the past was to be strong. And tonight, we left them in the game. Despite that, we didn't give up. We went to the end of the day. Now we have to digest our pain".

In a match filled with drama and tension, Mbappe missed the decisive penalty which was saved by Switzerland's Yann Sommer.

Mbappe, who led France to World Cup glory in 2018, ended the European Championship without a goal.

For the first 80 minutes of the game, it was the French team that dominated the proceedings against Swiss captain Granit Xhaka and his team as they led 3-1 in the Round of 16 clash.

But suddenly in the 81st minute, the momentum changed with Swiss striker Haris Seferovic's second goal. Switzerland levelled the contest at 3-3 as forward Mario Gavranovic scored the equaliser in the 90th minute.

After a scoreless overtime the match went to a penalty shootout, where Mbappe was France's fifth penalty taker after Paul Pogba, Olivier Giroud, Marcus Thuram, and Presnel Kimpembe had delivered for the World Champions.

Mbappe, whose career has been full of accomplishments, then took his turn for a spot-kick, but Switzerland's exceptional goalkeeper, Yann Sommer managed to read his mind and stopped the ball from reaching the goal by diving to his right.

With his sensational save, Sommer sent the favourites France packing from the tournament.

🇨🇭 RESULT: Switzerland through to quarter-finals after thrilling shoot-out!

While both Deschamps and Lloris backed Mbappe despite his "poor form" in Euro 2020, former Indian captain Renedy Singh didn't agree with their view.

He told Sputnik on Tuesday that "Mbappe's poor form has cost France dearly because if he would have performed like he did in the World Cup three years ago, they would have definitely won the Euros this time".

"I simply can't believe he missed a penalty at such a crucial stage. Mbappe has not just let his manager and captain down, but he has also let down a lot of fans who believed that he would deliver them the Euro trophy in 2021".

After France's departure from the tournament, the pundits have billed Belgium as the overwhelming favourites.