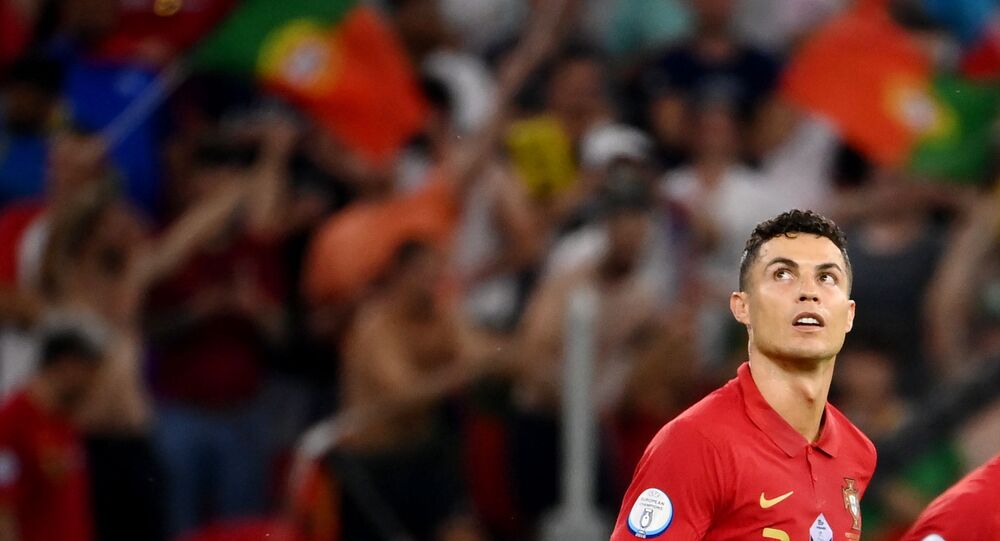 Football superstar Cristiano Ronaldo may have failed in his efforts to secure Portugal's place in the Euro 2020 quarterfinals, but many pundits believe the Juventus forward is ageless. Despite his national team's defeat to Belgium, the 36-year-old still ended the tournament as its leading goalscorer.

While Portugal dominated the proceedings throughout the 95-minute encounter on Monday, skipper Cristiano Ronaldo could not produce a moment of brilliance, as his country's European Championship title defence came to an abrupt end.

It was a heartbreaking 1-0 defeat at the hands of top-ranked and tournament favourites Belgium.

Portugal's elimination came as a surprise, considering CR7's side was better than Belgium in almost all areas of the game, but still came out second in the match.

For instance, in terms of ball possession, Portugal outpaced Belgium, 58% to 42%. The team from the Iberian Peninsula completed 531 passes, while Belgium had only 375 during the contest.

Overall, it looked a highly frustrating night for Ronaldo because after doing what he could, he still saw his side lose.

According to football pundits, Belgium have Thorgan Hazard's stunning strike in the 42nd minute and their strong defensive display to thank for their success story against Portugal.

Murmurs of Ronaldo Being Past His Prime Erupt

As Portugal exited the Euros, a section of fans began raising questions about Ronaldo's future as Portugal captain and his retirement from international football.

While teasing Ronaldo on Twitter, one fan said that his Portugal teammate Bruno Fernandes would be extremely happy with his retirement, another user made fun of him through an imaginary conversation with Belgian striker Romelu Lukaku.

Pogba: Bruno just told me he is eager to see your retirement, so that he can be taking the penalty
Ronaldo: !!!! pic.twitter.com/DEBaEG5UvX

Lukaku: Sorry Ronaldo bro you've tried your bit, I need to win the Golden boot, guess its my time.

I'm pretty sure if you can't break down a team with a back 3 of Alderweireld, Vertonghen and Vermaelen who seem ancient in 2021 it's an end of an era for your side.

​The murmurs got a further boost when Ronaldo was seen throwing his captain's armband on the field before kicking it away.

The video was widely shared on social media after a fan captured the moment on his camera following the game.

Ronaldo dropped and kicked the Captain's armband away... pic.twitter.com/FKSQr1b8o1

​Former Indian midfielder Mehtab Hossain, who also played for the Indian Super League (ISL) side Kerala Blasters said that Ronaldo must have been frustrated with the result of the match and that's why he kicked his captain's armband. But this should not be viewed as a sign of his desire to quit his nation's captaincy.

"I believe Ronaldo should stay as Portugal's captain at least until the 2022 FIFA World Cup in Qatar. His team was just unlucky to lose against Belgium as they were in a dominant position throughout the match", Hossain told Sputnik on Monday.

"I would say the people who are calling for his retirement from international football don't know football at all because he is still scoring goals, he is still extremely fit and he's still hungry for more accolades and glory, then why should he retire?", he added.

The former Indian midfielder even stressed: "It's a shame really that rather than discussing his greatness at the age of 36, we are talking about his retirement".

"After all, the man ended the tournament as the highest goalscorer and his performance should be celebrated, and not criticised", he said.