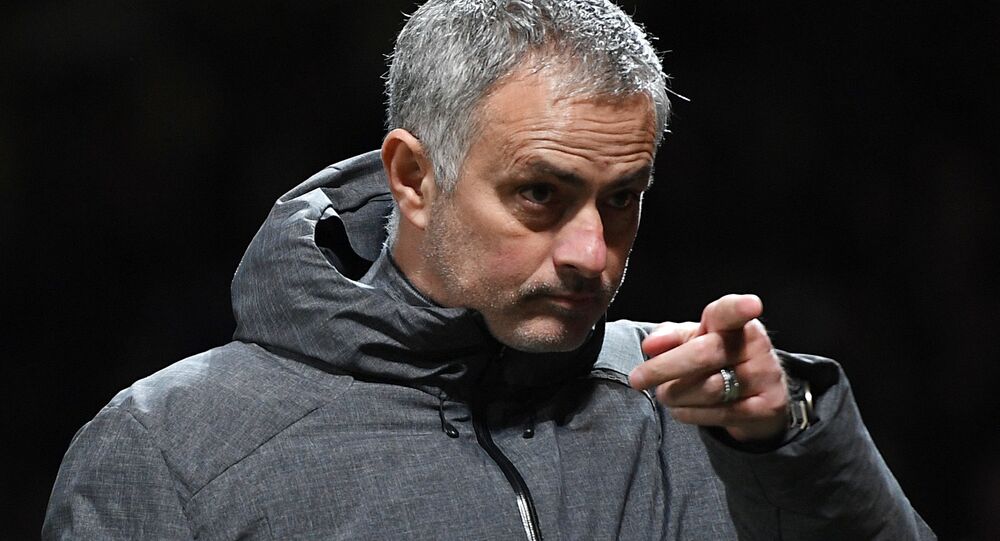 Luke Shaw had a torrid relationship with Jose Mourinho, who managed him at Old Trafford from 2016 to 2018 and often subjected him to verbal attacks, sometimes criticising the former Southampton player in public.

Manchester United left-back Luke Shaw has slammed his former boss Jose Mourinho, accusing the Portuguese manager of being obsessed with him. According to Shaw, Mourinho is still stuck in the past and criticising him for no reason whatsoever.

Shaw, who is set to feature in England's starting eleven against Germany for a place in the Euro 2020 quarterfinals on Tuesday, performed exceptionally well in his team's win over the Czech Republic last week.

While most football pundits praised Shaw for his display against the Czechs, Mourinho blasted him for his abysmal corner-taking, terming it "dramatically bad".

Even though Mourinho's latest criticism was not as severe as it has been in the past, Shaw wasted little time in responding to his charge. Shaw revealed that even his English teammates were asking why the Portuguese trainer had an issue with him.

Mourinho is currently working as a football pundit for TalkSport where he can be seen doing commentary for the Euro 2020 tournament.

Shaw on the other hand admitted that even though Mourinho's criticism hurt him initially, he has now started to laugh it off.

When Shaw was told about Mourinho's latest barb during a pre-match press briefing ahead of England's game against Germany, he responded: "I don't understand it. I don't know why he is still going on and wanting to point at me".

"I don't feel like the set-pieces were as bad as he was saying. I might have done one in the second half, a corner that didn't get over the first man. But that was one out of three. The other two or three, I don't think, were as 'dramatically bad' as he says".

"Look, he has got to do his job. I'm used to him saying negative stuff about me, so I just pass it by".

"His voice is obviously very big. He likes to talk a lot about me, as everyone has seen recently. But his voice is his own. He can say what he wants, I will focus on myself. I take set-pieces at United, so it wasn't as if it was something I wasn't ready for", Shaw added.

Shaw also blamed Mourinho for their unhealthy relationship, saying Mourinho never treated him well when he was Manchester United manager.

Shaw claimed that he did everything possible in his capacity to make their relationship work, but despite all his efforts he was unable to get into the famed manager's good books.

"He likes some players, he doesn't like others. I fell into the category where he didn't like me. I tried as hard as I could to get back into his side but it never worked out, no matter what I did. There is no hiding that we didn't get on", the 25-year-old added.

Despite criticising Mourinho for his ill-treatment, Shaw admitted that the man from Portugal was a great manager.

He said: "I think he was a brilliant manager but, you know, the past is the past. It's time to move on. I'm trying to move on but obviously he can't. He continuously talks about me, which I find quite strange. Even some of the lads [here] have said 'what's his problem?' and 'why does he keep talking?'"

"Hopefully, he can find his peace with that and stop worrying about me. Clearly, I'm in his head a lot and he thinks about me a lot. I don't think any of you realise the two or three years I had with him and how bad [the criticism] was then. What he says now is nothing compared to how it used to be".

"I find it easy to ignore him now and even laugh about it. But it's better just to ignore it. I knew if time came into it, I would be able to outlast him and I have. I can now just focus on getting better and improving".

Mourinho Hurting His Own Reputation

Former Indian footballer Abdul Khalique, who believes Mourinho is among the greatest managers of all time, is not doing anything good by repeatedly criticising a particular player, especially when that footballer is doing really well for his country in the ongoing Euro 2020.

Khalique told Sputnik on Monday, "Mourinho shouldn't hold any grudges against Luke Shaw. It's high time he moves on with it because unnecessary criticism of a player wouldn't do any good for his reputation".

"Mourinho's biggest problem lies in his attitude, if he hates somebody, he perhaps hates him for no reason and that's what I think is happening with Shaw right now", he concluded.