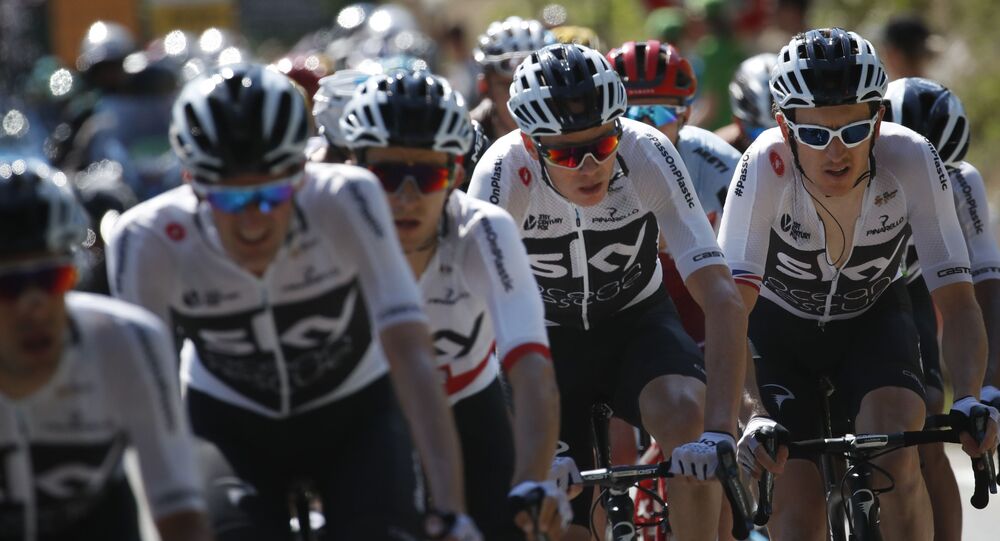 French world champion Julian Alaphilippe managed to avoid a pileup and come out on top during the first stage, while many of his fellow bicyclers suffered a nasty incident at the start of the race.

A spectator staying too close to the cyclists caused a massive crash during the first stage of Tour de France, with dozens of athletes colliding in a pileup. According to the news portal Cycling.com, German bicyclist Tony Martin collided with a cardboard sign saying "Allez Opi-Omi!" (loosely translated as "Go, Grandpa-Grandma!"), and then fell, breaking the peloton, with many members of his team Jumbo-Visma falling as well.

A fan just caused a MASSIVE crash at the very beginning of the Tour De France 😬 pic.twitter.com/6q5TwQRBdU

At least 21 cyclists are believed to have been injured as a result.

Later, another crash occurred just six miles away from the finish line.

"We're glad to have the public on the side of the road on the #TDF2021", the post said. "But for the Tour to be a success, respect the safety of the riders! Don’t risk everything for a photo or to get on television!"

In the meantime, the Amaury Sport Organisation (ASO) filed a complaint against the fan, who fled the scene after the crash, according to Ouest-France.

Per reports, Martin managed to re-join the competition despite the road rash, while Germany's Jasha Sutterlin had to withdraw due to injuries.