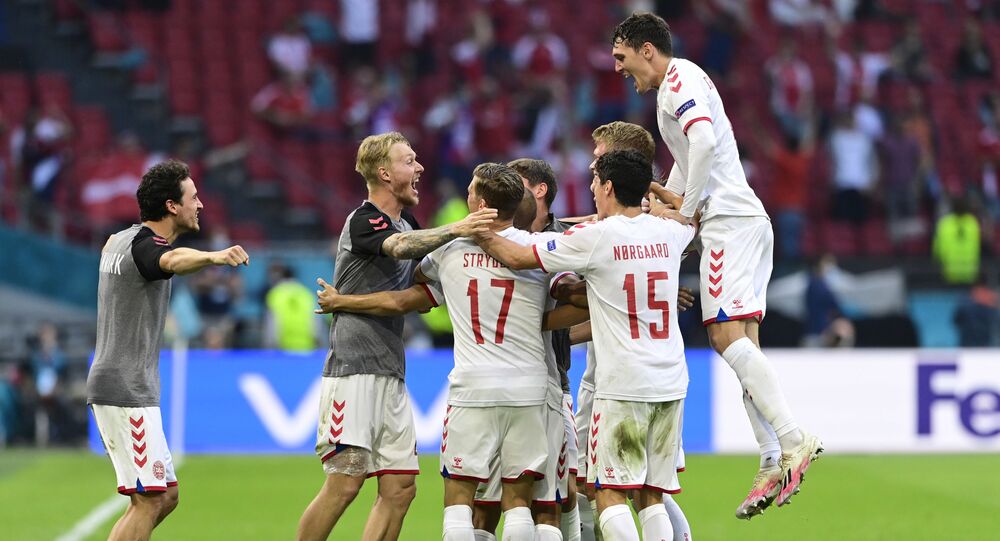 The Danish football team has knocked Wales out of EURO 2020 and sealed a place in the last eight of the tournament.

The match held in Amsterdam ended 4:0 in favor of Denmark, with striker Kasper Dolberg scoring a brace (27th and 48th minutes), before Joakim Maehle got on the scoresheet on 88 minutes. Martin Braithwaite capped off the victory with one more goal six minutes into injury time.

Dolberg is the first Danish player to score two goals during a match at a major tournament since Nicklas Bendtner scored a brace against Portugal at EURO 2012.

This victory became Denmark's first triumph in the championship's knockout stage since 1992, when they became champions after prevailing over Germany in the finals.

On 3 July, Denmark will face either the Netherlands or the Czech Republic in the quarterfinals in Baku.