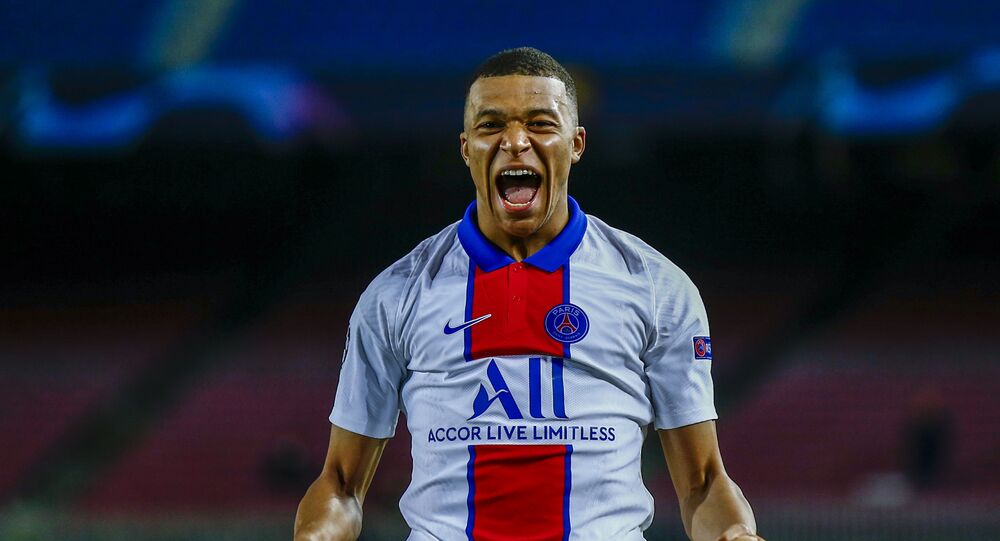 Paris Saint-Germain (PSG) forward Kylian Mbappe is the youngest French player ever to score a goal in the FIFA World Cup but some are questioning his attitude.

Former French international Jerome Rothen has slammed forward Kylian Mbappe for his poor performances at Euro 2020. Mbappe is yet to score a goal in the tournament.

According to Rothen, the PSG striker has an "oversized ego," which is apparently becoming a concern for French boss Didier Deschamps.

While Mbappe struggled to replicate his brilliant club form in France's three group games, he did carve out a few opportunities, especially against Germany when he was unlucky to see his strike ruled out for offside.

Before Euro 2020 started, Mbappe was involved in an ugly spat with compatriot Olivier Giroud - Rothen believes Mbappe's ego is inflated. "That he is the leader on the pitch, no problem... that it [his ego] extends to off the field too, that bothers me," he told French media on Saturday.

"I think Didier Deschamps can no longer manage it and it is problematic. It is even surprising that he lets Kylian Mbappe do so many things. It can be seen in his performances on the pitch. Today, we cannot say that Kylian Mbappe has had a successful Euros."

"Is he in the right like he was at PSG throughout the end of the season? I would say no. We expect much better from Kylian Mbappe. Everyone thinks that Mbappe is one of the best players in Europe. But if you immediately put him in the category of the very best, you cannot be satisfied," Rothen added.

The 43-year-old Rothem thinks Mbappe should be dropped for France's Last 16 game against Switzerland on Monday.

Rothen said: "Is he aware that he does not have the class of some [of the others] in the group on set pieces? Maybe he scores them in training. But I watch all of Mbappe's matches. Do you remember a magnificent free-kick? From 25 metres?"

"On the other hand, I remember some from Griezmann, from Pogba. That's two already, a left footer and a right footer. So what is he [Mbappe] doing there?," Rothen explained.

He told Sputnik on Saturday, "There's no doubt about Mbappe's class. He might not have scored goals in the league phase, but he is too good a player not to score in the entire tournament."

Hossain concluded: "If France really wants to win the Euro 2020, they need Mbappe in their playing eleven. There's no doubt he is struggling right now, but I am sure he would regain his touch sooner than later and will score many goals for the team in the knockouts."