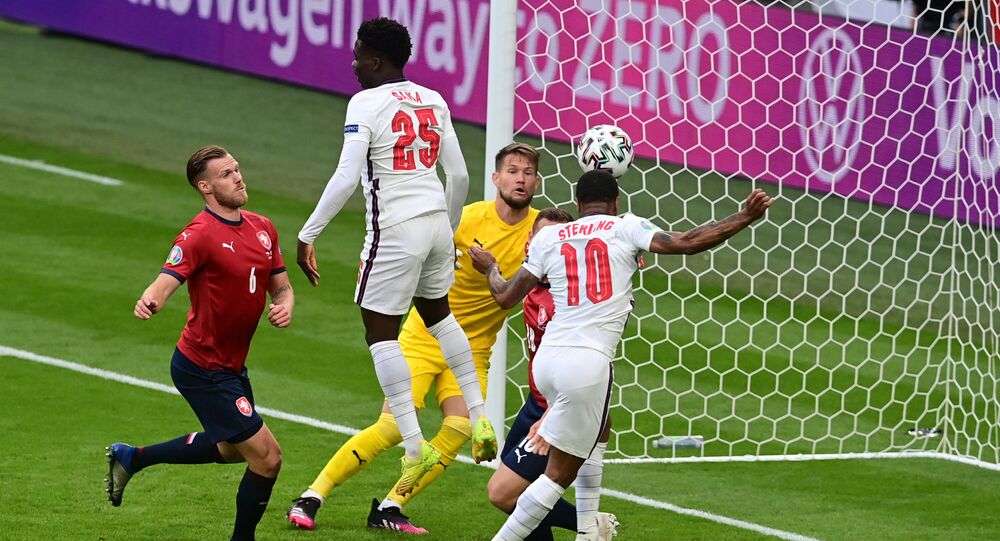 Eight teams have been knocked out of Euro 2020 but Germany have made it through by the skin of their teeth. The next round of matches kicks off on Saturday with Wales versus Denmark.

Euro 2020, which was delayed for 12 months by the pandemic, is now halfway through and most of the pre-tournament favourites are still there despite some bumps in the road.

Germany and the holders Portugal were both on the verge of going home on Wednesday night with both trailing in their final game.

But Hungary conceded a goal six minutes from time and with Portugal equalising too that meant they both went through and the plucky Magyars lost out.

​Hungary were joined at the exit by Russia, Scotland, Poland, Turkey, Finland, Slovakia and North Macedonia.

Cristiano Ronaldo’s two goals in Wednesday’s game against France - both from the penalty spot - brought his total in international games to 109.

That means he tied with Ali Daei - who scored 109 goals for Iran between 1993 and 2006 - but few people are banking against the 36-year-old breaking the record when Portugal play Belgium on Sunday.

The goals and the excitement of the past week have partly erased the terrible memories of 12 June when Denmark’s Christian Eriksen suffered a cardiac arrest during his country’s opening match against Finland in Copenhagen.

© AFP 2021 / STUART FRANKLIN
Denmark fans clap after the ball was kicked out of play in honour of Denmark's midfielder Christian Eriksen during the UEFA EURO 2020 Group B football match between Denmark and Belgium at the Parken Stadium in Copenhagen on June 17, 2021.

Eriksen has thankfully recovered but will play no further part in the tournament.

It looked as if the Danish team would be going out after they lost that first game 1-0 and surrendered an early lead against Belgium to lose 2-1.

But they bounced back impressively in their final match, thumping the Russians 4-1 in a game in which 20-year-old Mikkel Damsgaard scored a brilliant goal.

He is now being tipped for a move to Barcelona, where he could follow in the footsteps of the great Dane, Michael Laudrup.

​Denmark have played all their games so far at home but they will have to do without their passionate support on Saturday when they take on Wales in Amsterdam.

The Dutch government said it would not be allowing fans from either country to enter the country because of COVID-19, although the director of Denmark’s ministry of foreign affairs’ citizen service, Erik Brogger, said on Tuesday, 22 June, Danish fans could avoid quarantine in the Netherlands if they entered and left within 12 hours.

How Far Can Wales Go?

Wales had an extraordinary run to the semi-finals at Euro 2016 and this time the Welsh, led by Real Madrid midfielder Gareth Bale, could have enough to overcome Denmark and make it to the semi final.

Italy have had a superb tournament so far, sticking three past Turkey and Switzerland and then beating Wales 1-0 despite taking their foot off the pedal and resting several first choice players.

They can be expected to steamroller Austria on Saturday night and book a place in the quarter final against Belgium, who have also impressed and look to have too much class - in Romelu Lukaku, Kevin De Bruyne and Eden Hazard - for Portugal.

The Dutch have also been on form so far, with a 100 percent record against Ukraine, Austria and North Macedonia, and should overpower the Czechs in Budapest on Sunday.

Time For France To Step It Up

France, who won the World Cup in Russia three years ago, have not managed to find top gear yet but in Mbappe, Benzema, Griezmann and Pogba they have matchwinners and they will obliterate the Swiss in Bucharest on Monday.

That leaves three matches and they are all too close to call.

Croatia lost to England in their first match but have been slowly improving while Spain failed to score against Sweden on their debut but smashed five past Slovakia in their last game.

​Sweden and Ukraine are also well-matched but the closest game, with the most tension, will inevitably be at London’s Wembley Stadium on Tuesday, 29 June, when England take on their old enemy Germany.

England have not conceded a goal yet but their fans have not been impressed by their displays and the team will need to step it up if it is to overcome a Germany team which, although in transition under the departing Joachim Low, still possess a considerable threat as Portugal could tesify after losing 4-2.

My predictions are France to beat Croatia in the quarter finals, with Italy beating Belgium, England overcoming Sweden and Holland beating the Welsh.

The semi-finals are both in London and the British government has said 60,000 fans would be allowed into Wembley Stadium for both matches.

I predict Italy will defeat France and England will beat Holland, possibly after extra time and penalties.

England have not been in the final of a major tournament since 1966 when they famously defeated West Germany at the old Wembley.

Despite the noisy backing of the home fans it is difficult to see Gareth Southgate’s team overcoming Mancini’s Italy in the final.

Italy’s last European championship victory came in Rome in 1968 but they are all set for a repeat, 53 years later.