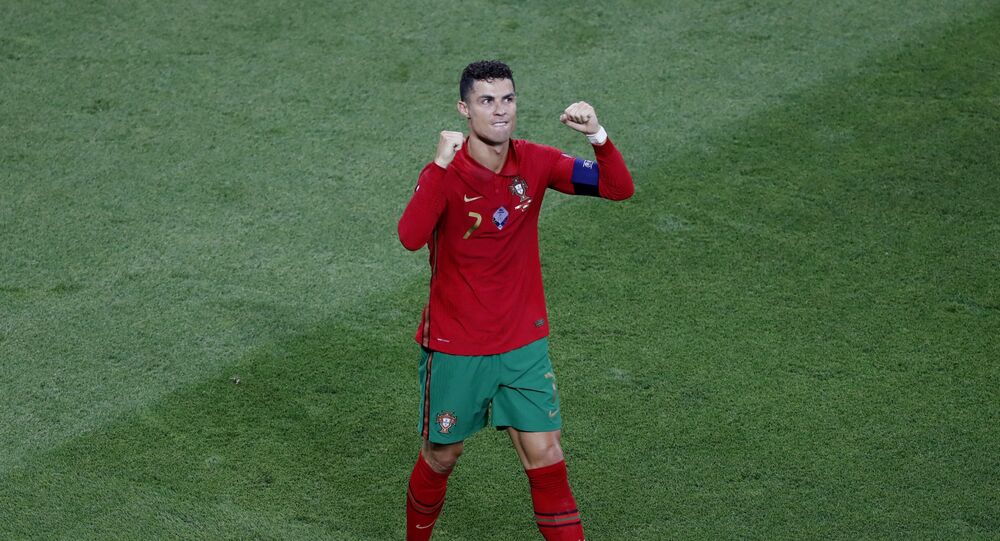 During a press conference before a Euro football game where Portugal played against Hungary, Portuguese star Cristiano Ronaldo demonstratively removed the Coca-Cola bottles from the table, opting for water instead. His snub led the championship's sponsor to lose billions in market value.

While celebrating his second successful penalty during the Wednesday match against France, Portuguese striker Cristiano Ronaldo had a Coca-Cola bottle thrown at him.

Moreover, the Juventus striker was also pelted with glasses of water.

Later, security had to intervene after a fan crashed the pitch.

Then Ronaldo urged the watching world to "drink water!"

A fan got onto the pitch but a steward intervened and Cristiano Ronaldo remained calm pic.twitter.com/DONTstZH4K

​In the match against France, Ronaldo scored two times as goals were guarded by Tottenham Hotspur goalkeeper Hugo Lloris.

Portugal finished third in the group standings after losing head to head to Germany. Both Portugal and Germany are both packing 4 points.

Last week, the 36-year-old football ace picked up two Coke bottles which were placed near his microphone at a press conference before a Euro game with Hungary, and moved them aside.

He then took a bottle of water that was also there and waved it at the media, saying: "Drink water!"

Following his snub of the most famous fizzy drink, the company saw billions of dollars shaved from its market value. Days later, several other footballers followed in his footsteps by moving aside bottles of Coke and Heineken beer, prompting European football's governing body UEFA to warn players at Euro 2020 they have contractual obligations towards sponsors, and teams could be fined if merchandise is removed during press conferences or games.