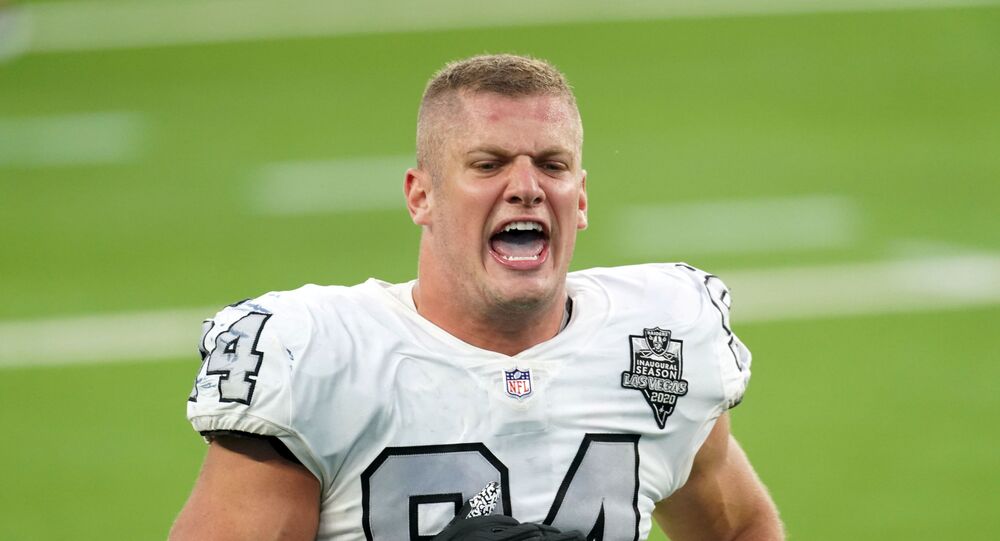 NFL is the most popular sport in the United States with tens of millions of fans but until now no player has admitted to being gay.

Carl Nassib became the first openly gay player in the NFL on Monday, 21 April, when he unveiled his secret sexuality on Instagram.

Nassib, 28, a defensive end with the NFL’s newest franchise - the Las Vegas Raiders - said he was a “private person” and was “not doing it for attention.”

In a video on his Instagram account he said: "I just wanted to take a quick moment to say that I'm gay. I've been meaning to do this for a while now but finally feel comfortable getting it off my chest. I really have the best life, the best family, friends and job a guy can ask for.”

Pennslvania-born Nassib also announced he was donating US$100,000 to the Trevor Project, a charity which seeks to prevent suicide among young gay people in the United States.

​Nassib, who began his career with the Cleveland Browns and joined the Raiders las year, wrote on Instagram that he had "agonised over this moment for the last 15 years."

Raiders team owner Mark Davis told ESPN. "It’s 2021. All the more power to Carl. It doesn't change my opinion of him as a person or as a Raider."

NFL Commissioner Roger Goodell said he was “proud of Carl for courageously sharing his truth today.”

Goodell said: "We share his hope that someday soon statements like his will no longer be newsworthy as we march toward full equality for the LGBTQ+ community."

The world is still waiting for a top footballer or boxer to come out as gay.

In 2014 - a year after retiring from football - Thomas Hitzlsperger, a German midfielder who had played for Aston Villa, West Ham and Everton in the English Premier League, told Die Zeit newspaper he was gay.