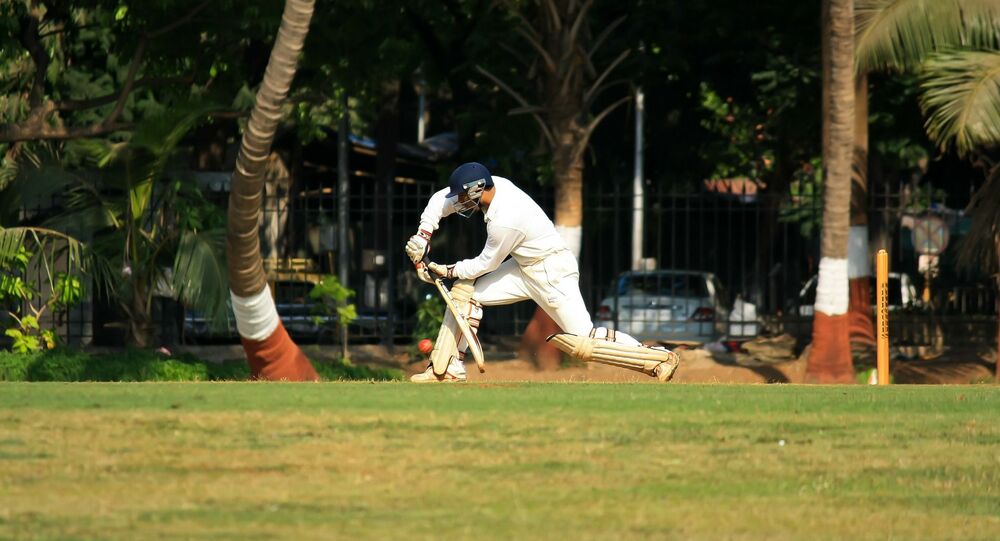 Introduced in 2019, the ICC World Test Championship (WTC) is regarded as the World Cup of Tests. The tournament's final is currently being played between top-ranked New Zealand and second-placed India in England's port city of Southampton.

Cricket's showpiece event, the World Test Championship (WTC), has been marred by controversy after former cricketers, including ex-England skipper Kevin Pietersen, slammed the International Cricket Council (ICC) for scheduling the final of the premier tournament between India and New Zealand in England.

Former India captain and legendary cricketer Sunil Gavaskar also hit out at the game's governing body for putting the fate of Test cricket's showpiece event in jeopardy after Day 4 of the final was washed out due to rain on Monday.

After rain showers prevented play on the opening day of the final on Friday, the match lost another day due to inclement weather on Monday. A result is now highly unlikely with only the fifth and reserve day's play remaining in the contest.

© CC0
International Cricket Stars Leave India With 'Heavy Heart' as COVID Halts Indian Premier League
Only 141.1 overs were bowled in the first four days of the match instead of the mandatory 360 overs that would have been bowled if the inclement weather in Southampton had not played a spoilsport in the WTC final. In normal conditions, 90 overs are bowled in a day in a Test match.

New Zealand, who ended Day 3 on 101/2 after Virat Kohli's India were bowled out of 217 in their first innings, would be ruing the rain the most. This is because the Kane Williamson-led side was on top and were looking to boost their position by taking a big lead over the Indians on Day 4.

However, that was not because the rain didn't allow even a ball to be bowled on Monday.

Former players have criticised the ICC for choosing Southampton as the venue of the final despite knowing that rain is quite likely in England in June.

According to weather forecasters, the weather in England at this time of the year is generally cool and mostly cloudy and rainy.

"It pains me to say it, but a ONE-OFF & incredibly important cricket game should NOT be played in the UK", former England Captain Pietersen tweeted on Monday.

It pains me to say it, but a ONE OFF & incredibly important cricket game should NOT be played in the UK.

​Former batting great V.V.S. Laxman, who is among a select band of cricketers who have played more than 100 Tests for India, told the official broadcaster Star Sports, "It's very sad for the fans. I think ICC did not get the rules right. All said and done, you want a champion".

"With so much time available, I'm sure they could have at least allowed 90 overs in 5 days to complete 450 overs. That’s something I would have expected from ICC. We were excited that there is a reserve day but I’m not sure whether the game can finish (even with the reserve day) if the rain continues", he added.

Former pacer Shane Bond, counted among New Zealand's all-time greats, agreed with Laxman's assessment regarding the failure of the ICC to host the match at a venue, where weather wouldn't have played a spoilsport.

He said, "Both teams wanna play to win. The other thing is that the pitch is offering so much to the bowlers that even if you have three-four days of play, we could find a result".

"If the weather delays go on for long, sometimes it means only one team can win if New Zealand bat well after the rain finishes, it puts them in the best position but I'm with VVS, however long it takes, I'd like to see 450 overs and one team come out on top", he added.

On the other hand, Gavaskar asked the ICC to come out with a new formula so that a winner can be declared in case the match between India and New Zealand ends in a draw.

"There must be a formula to pick a winner in case of a drawn World Test Championship final. ICC's cricket committee should think and then take a decision", Gavaskar said.

However, former pacer Sanjeev Sharma, who played Test and One-Day International (ODI) cricket for India, disagreed with Pietersen, Laxman, Bond, and Gavaskar for unnecessarily criticising the ICC over the venue of the final.

He told Sputnik on Tuesday, "ICC shouldn't be blamed for the rain in Southampton. If you see, never ever in the history of cricket, a reserve day has been kept aside in a Test match, but the ICC did it for the WTC final".

"Although, I am also disappointed with the ICC's decision to hold the WTC final in Southampton and not in Lord's in London. Unlike, the Ageas Bowl in Southampton, Lord's is not too close to the sea and its drainage facilities are also much better, so in a way ICC missed a trick by not holding the final there", he added.

Sanjeev, though, had a suggestion for the ICC. According to him, to put a full stop to the criticism coming their way, the ICC must find a way to get the result in the WTC final.

He said, "If the ICC really wants a result out of the final, then they should add one more reserve day to the match, considering the weather forecast for 24 June is quite good. If we get three full days of cricket, I am 100 percent sure there would be a winner and loser in the match".

This is not the first time that the ICC has been slammed for its scheduling woes.

In 2002, India and Sri Lanka were declared as the joint winners of the Champions Trophy after the final couldn't be completed because it was washed out twice. Rain also wreaked havoc during the ICC Champions Trophy in 2017 and the ICC Cricket World Cup in 2019.