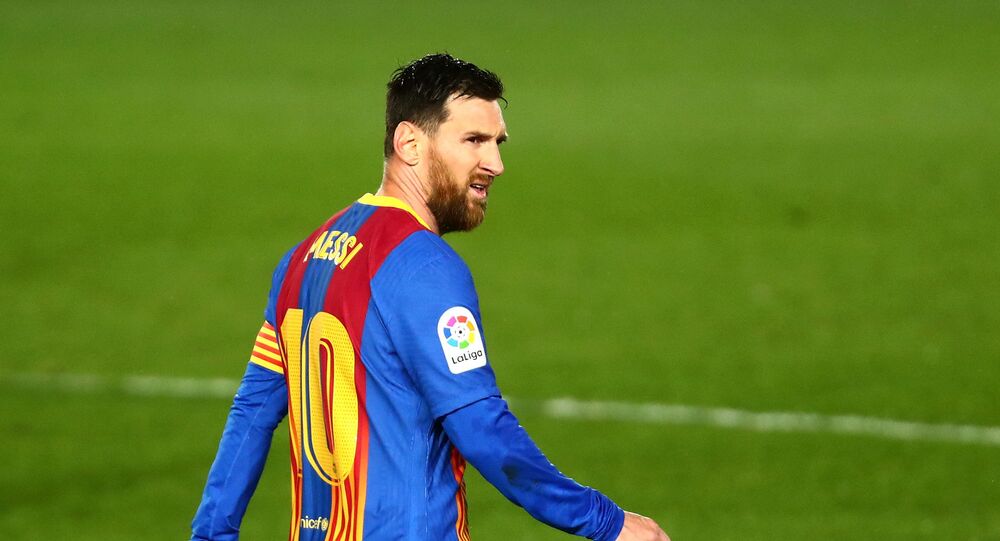 Last August, the Argentine superstar shocked millions of fans when he said he wanted to leave the club. He was forced to stay as the-then president Bartomeu insisted that a clause in his contract barred him from leaving. Messi claimed Bartomeu was lying but he said he wouldn't file a suit against Barca out of respect for the club.

Lionel Messi is showing a desire to stay at Barcelona, the club’s president Joan Laporta told Spanish newspaper La Vanguardia. Laporta said he has spoken to the athlete almost every day, attempting to convince him to stay. Laporta also said that the club's new signing Sergio Aguero, who plays with Messi in the Argentine national team, has been helping him.

"He is telling [Messi] to stay every day," Laporta said.

Messi’s contract with Barcelona will expire on 30 June. At the end of May Laporta revealed that talks on a new one have been going well and drew attention to the good relationship he has established with the striker.

Spanish media reported that Barcelona has offered the 33-year-old a 10-year contract worth $293 million. According to the deal the Argentine superstar will spend two more seasons at Camp Nou, another two in the US league MLS and another six years as Barcelona’s ambassador or coach.

Other rumours suggest that the striker will bid Barca farewell and join either Paris Saint-Germain or Manchester City - the only two clubs which would be able to afford the striker, who is considered by many to be the greatest player in the history of football.

Euro 2020 Knockout Stage: Will Kane's England and Ronaldo's Portugal Qualify for Round of 16?