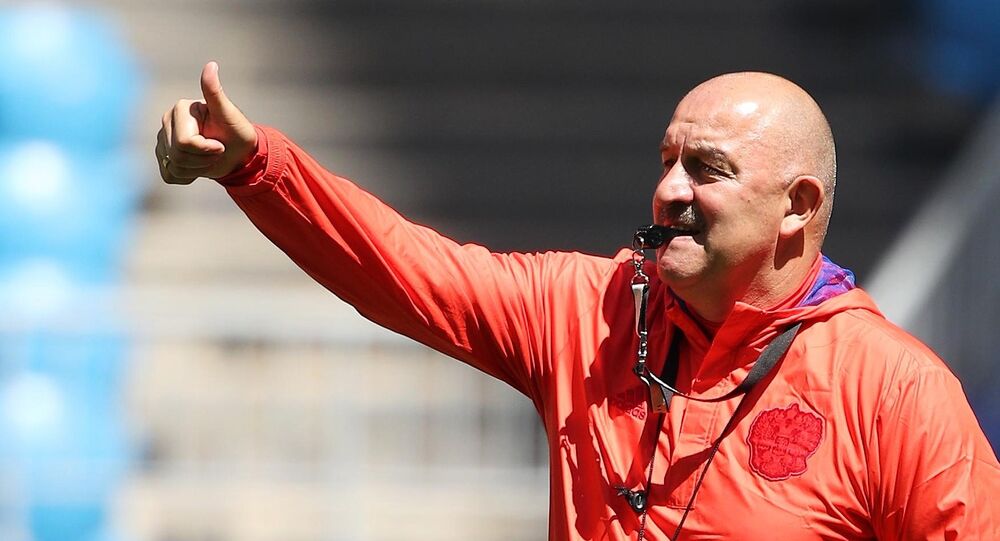 Cherchesov masterfully opened a bottle of Cola Zero by using a bottle of a regular Coke and taking a swig, causing an uproar in the media.

Ronaldo has started a trend, not the Russian Coach started to drink Coca Cola during the press meeting 😭😂 pic.twitter.com/67o6fPJAnl

Earlier, Portuguese player Cristiano Ronaldo replaced a bottle of Coca Cola — a sponsor of the Euro 2020 tournament — with water at the start of a press conference. The next to join the trend was French star Paul Pogba, who was filmed quietly removing a bottle of alcohol-free Heineken from the table. Italy’s Manuel Locatelli also made his preference for water clear as he placed a water bottle on the table at his presser and set Cola aside.

Reportedly, Ronaldo's gesture cost the company $4 billion in market value. Following the chain of incidents, the UEFA had to remind the participating teams that partnership is an integral part of the tournament and helps promote football throughout Europe.

The behavior of the players also received backlash from the football community, with many claiming such actions were "unprofessional" and in breach of contract.

"I won’t mince my words about these two players. What they just did is spit in the soup! It is unacceptable," Thierry Zintz, prominent Belgian sports commentator, said.

He further accused Ronaldo and Pogba of making "cynical" gestures to create "buzz" for their fans, while earning billions endorsing other brands. However, Zintz added, the incidents did not affect Coca Cola or Heineken much in the long run, and the story will die down even before the players pay the penalties. "Long live sport!" he concluded.