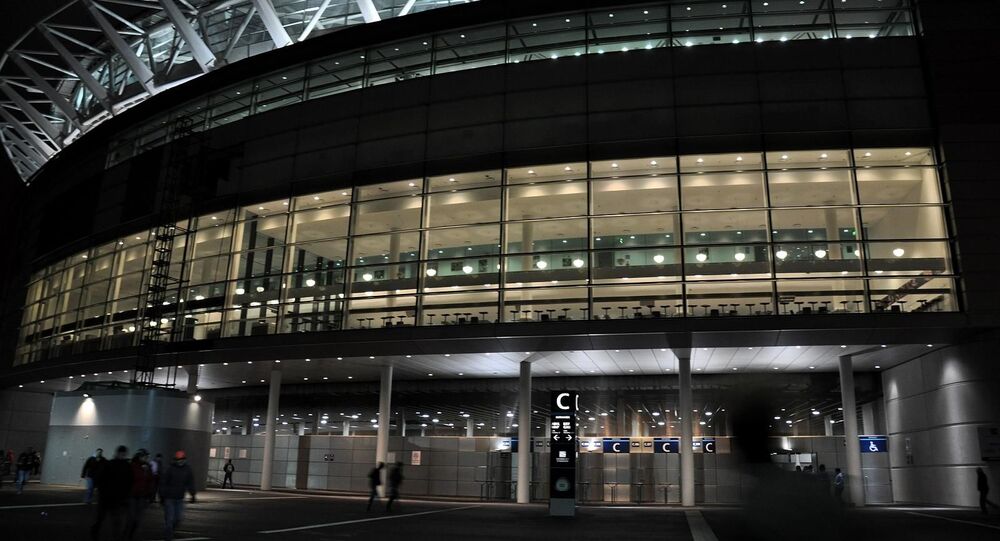 The UK government announced a four-week delay to the final stage of lifting COVID-19 lockdown measures, initially set for 21 June, with postponement intended to buy time for more people to receive jabs and amid concerns over the spread of the Delta variant of coronavirus.

UK cabinet ministers are considering a proposal to waive coronavirus quarantine restrictions for around 2,500 designated VIPs, including UEFA and FIFA officials, politicians, sponsors and broadcasters upon their arrival in England, reported The Times.

In addition to the knockout phase of the Euro 2020 games at Wembley stadium, the VIPs would attend training sessions and meetings with the UK government. However, they would not need to self-isolate on arrival, as it the case for ordinary travellers.

Despite concerns this could result in a surge in coronavirus infections and trigger backlash from the public, the move has purportedly been prompted by a threat from football’s governing body to move the Euro 2020 final from Wembley to Budapest.

© AFP 2021 / KIRILL KUDRYAVTSEV
The UEFA EURO 2020 logo is pictured in front of the Saint Petersburg Stadium, one of the host venues for the UEFA EURO 2020 football tournament, in Saint Petersburg on June 9, 2021. - The European championship, which was delayed from last year due to the coronavirus pandemic, is set to take place across between June 11 and July 11, 2021.

UEFA President Aleksander Ceferin was reported as informing the British Government last week that other cities were willing and able to host matches that are currently scheduled to be played at Wembley.

Amending the law on coronavirus-prompted border restrictions is bound to cause an outcry, writes the outlet, as only recently the government of UK Prime Minister Boris Johnson decided that "Freedom Day" in England would not go ahead as planned on 21 June.

The four-week delay to the final phase of lifting the COVID-19 lockdown was prompted by a surge in cases and concerns over the spread of the so-called “Indian”, or “Delta” variant of the virus.

​Britain registered 11,000 coronavirus cases in 24 hours for the first time in four months on 18 June.

England has a COVID-19 prompted traffic-light system for foreign travel in place. Green, amber and red lists have been created, as of 17 May, with countries graded depending on factors, including their vaccination rate.

Arrivals from green list countries need a negative pre-departure COVID-19 test. While they will not have to isolate upon their return, they are required to take PCR test on day two after their arrival. Those entering England from amber countries need a negative pre-departure test, have to isolate at home for 10 days and get a PCR test on days two and eight.

© REUTERS / Toby Melville
A public health campaign message is displayed on an arrivals information board at Heathrow Airport, following the outbreak of the coronavirus disease (COVID-19), London, Britain, July 29, 2020

Travellers arriving from red list countries, besides needing a negative pre-departure coronavirus test, undergo quarantine at a hotel for 10 days that cannot be cut short, and get a PCR test on days two and eight.

With the exception of England, Wales and Scotland, every national team participating in the Euro 2020 apart from red-listed Turkey is on the amber list and, accordingly, is required to self-isolate for up to 10 days.

If proposals to exempt the VIPs is approved by the Cabinet's Covid-O committee and passed by Parliament, some red-list travellers might dodge quarantine upon arrival in England.

Taking into consideration concerns generated by the spread of the Delta variant of the virus across the nation, the government will reportedly scrutinise the potential fallout from eased restrictions before agreeing to any exemptions.

Experts cited by the outlet suggest that waivers, as those sought by FIFA and UEFA, might boost England's 2030 World Cup bid, allowing Boris Johnson to meet with senior figures from football’s governing bodies.