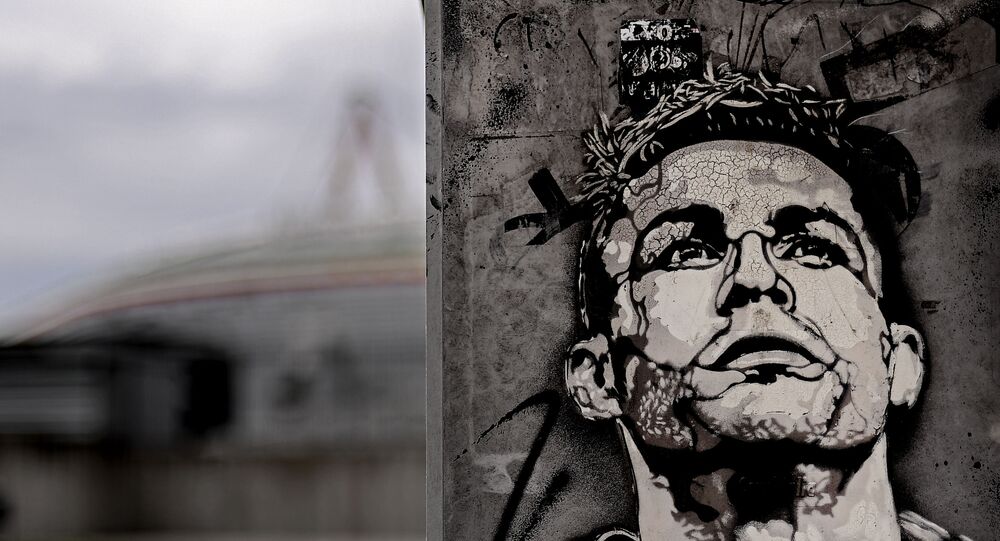 After Portuguese skipper Cristiano Ronaldo snubbed Coca-Cola during a press conference at the Euro 2020, the market value of the soft drinks major tanked to $238 billion from $242 billion on Tuesday. Since Ronaldo's act, the American company's shares have dropped from $56.10 to $54.95 (6 a.m. GMT) on Friday.

Ukrainian star Andriy Yarmolenko has joined a long list of footballers who have become involved in the escalating drink bottle controversy.

Juventus talisman Ronaldo made headlines earlier in the week after he replaced Coca-Cola bottles with water bottles during a Euro 2020 press conference before Portugal's victory against Hungary. Coca-Cola is one of the official sponsors of Euro 2020.

© CC0
'Ronaldo Effect': Coca-Cola Gets Snubbed Once Again at Euro 2020
Following Ronaldo's lead, French player Paul Pogba, a devout Muslim who does not drink alcohol, moved a bottle of Heineken out of the shot during an interview after his team's triumph over Germany. Heineken also sponsored the event.

After Ronaldo and Pogba, it was the turn of Italian midfielder Manuel Locatelli to remove a Coca-Cola bottle from his table during a press briefing following his team's stunning 3-0 win over Switzerland.

However, days after Ronaldo's act, Yarmolenko made fun of the former Manchester United winger during his post-match interaction with the media on Thursday.

The West Ham winger, who was the star of the night as he powered Ukraine to a comfortable 2-1 win over North Macedonia, recording a goal and an assist during the match, asked reporters afterwards: "Can I do something? I've seen Ronaldo putting away Coca-Cola bottles recently."

Yarmolenko has joined in on the Coca Cola & Heineken bottle banter

He’s down for some new sponsorship deals

‘I’mma put Coca Cola and Heineken together on the table - do get in touch with me, fellas’

​Belgium's Romelu Lukaku also came out in support of Yarmolenko, asking Coke to contact his agents for a new deal.

Now @RomeluLukaku9 is on that sponsor grind 🤑😅#EURO2020 | #BEL pic.twitter.com/rMTSotgRsm

Another player, England skipper Harry Kane, who has an endorsement deal with Coca-Cola, said he simply couldn't understand the fuss about the drink brands.

"From my point of view the sponsors are entitled to have what they want if they have paid the money to do so," Kane, who will lead the Three Lions against Scotland on Friday said.

The bizarre backlash against the drink brands has divided players in the tournament.

While some have supported Ronaldo's removal of Coca-Cola bottles because of health reasons, others have said that the sponsors bring a lot of money into the sport and they have every right to promote their products during the event.

Former India footballer Mehtab Hossain thinks shunning sponsors during a tournament is not at all good for football.

© REUTERS / LASZLO BALOGH
As Ronaldo Breaks Euros Goal Record, What Are the Other Records CR7 Can Break Soon?
He told Sputnik on Friday, "Players like Ronaldo and Pogba should act like thorough professionals because their moves can hurt other footballers big time. Why would a sponsor sign an endorsement or a sponsorship deal with a football tournament or a footballer if he sees such acts during such a big event like the Euros?"

"Considering the current situation, when football doesn't have any other source of revenue due to the Coronavirus pandemic, it is only because of the sponsors that a sport like football is still going strong," Hossain opined.

"If star players like Ronaldo and Pogba will act like this and shun sponsors, don't you think football will be in major trouble? After all, every sport needs money to run its operations and that money comes from the sponsors," he added.

Sensing sponsors' disenchantment with the recent snubs of Ronaldo, Pobga and others, UEFA, European football's governing body, has warned teams that they could face fines if their players are seen moving drinks provided by the tournament sponsors during news conferences.